The streets are swept, the soldiers rehearsed and the stealth drones ready to be put on display. As Beijing prepares to celebrate the 70th anniversary of the founding of the People’s Republic of China on Oct. 1, even the trade war will suspend hostilities, with the U.S. delaying additional tariffs. Yet one key birthday wish will not be granted: an end to the protests that have rocked semiautonomous Hong Kong for over three months. The unrest could reach a turning point come National Day, as China’s ruling Communist Party vows to let nothing spoil its big parade.

What began in Hong Kong as a protest against a controversial bill has spawned a rebellion against the city’s political masters in Beijing. The bill that sparked the dissent, which would have allowed extradition to mainland China, was withdrawn in early September, but protesters insist four other demands must be met, including one for fully democratic elections. Weekend protests now routinely turn violent, with black-clad demonstrators hurling bricks and gasoline bombs, smashing train stations and setting garbage alight in the street. In response, police have started making more arrests and on Sept. 23 reiterated a threat to fire live ammunition. It’s rumored that Beijing gave Hong Kong authorities until Oct. 1 to quell the pro-democracy protests, but no amount of deadlines, tear gas or aggression by government supporters has been able to bring them to an end.

With the sensitive anniversary looming, some demonstrators have targeted more overtly the symbols of the Chinese government. On Sept. 21, protesters set fire to a Chinese national flag. The next day, they tossed another into the Shing Mun River north of the city center. But the date of modern China’s founding represents the biggest target yet for protesters. In a sign of just how jittery officials are about potential disruptions, the Hong Kong government’s invitation to its National Day flag raising calls for guests to arrive before 7:15 a.m., long in advance of rallies planned for the day.

For Beijing, the stakes are high. “Celebrations like the 70th anniversary certainly lend legitimacy to the Chinese Communist Party,” says Willy Lam, an adjunct professor at the Chinese University of Hong Kong’s Center for China Studies. “The propaganda being projected is that even though the Communist Party does not have ballot-box legitimacy, it is beloved by the Chinese people and is going from strength to strength.” This milestone is particularly significant, as China’s communist state has now outlived the Soviet Union’s 69 years, a staying power it attributes to economic and military prowess.

For President Xi Jinping, who abolished term limits last year, the celebrations offer another chance to burnish his credentials as party leader for life. The extravaganza in store includes Xi’s expected address to the nation, cultural performances across the country and fireworks. But the real centerpiece is the military parade. Some 15,000 members of the armed forces will goose-step down Beijing’s Avenue of Eternal Peace as fighter jets fly overhead and 580 pieces of military hardware go on display, including intercontinental ballistic missiles and the new Sharp Sword stealth drone.

But as Xi seeks to project an image of Chinese strength and unity, the discontent in Hong Kong offers an alternative picture. “Under Xi Jinping, China’s message to the world is that the China model is superior to the liberal values and the universal suffrage practiced in the West,” says Lam. But this “is belied by the fact that in Hong Kong, the one free place in China, the China model is being rejected.”

The situation in Hong Kong also threatens Xi’s long-held ambition of Chinese reunification with the self-governing island of Taiwan. Beijing had hoped the “one country, two systems” framework for semiautonomy in Hong Kong, a former British colony, could be a model for bringing Taiwan back into the fold after seven decades of estrangement. But as the framework has eroded in Hong Kong, popular support for sovereignty among Taiwan’s citizens has swelled further. “We will not become another Hong Kong,” President Tsai Ing-wen pledged in July.

An empire beginning to fray at the edges is not the vision Xi wants to present to the world on Oct. 1. It’s still unclear how long China’s most powerful leader since Mao Zedong will tolerate this state of affairs. Beijing has not followed through on its threats in the summer to activate troops in Hong Kong, and analysts generally agree that the optics of a bloody intervention would have global repercussions, especially for Xi’s ambitions overseas. But with the Communist Party’s pride on the line, a brazen escalation by protesters on China’s National Day could finally prompt serious retaliation.

The heightened tensions in Hong Kong have grabbed the U.S.’s attention, as President Donald Trump made clear in his address to the U.N. General Assembly on Sept. 24. “How China chooses to handle the situation will say a great deal about its role in the world in the future,” he said. Beijing will be hoping all eyes turn to China on Oct. 1 as it marks its 70th birthday. But the protesters in Hong Kong are aware that the world is now watching them too. “The U.S. and all countries based on democratic values should be standing up with Hong Kong,” says Yukki Leung, 30. “This is a fight for freedom.” 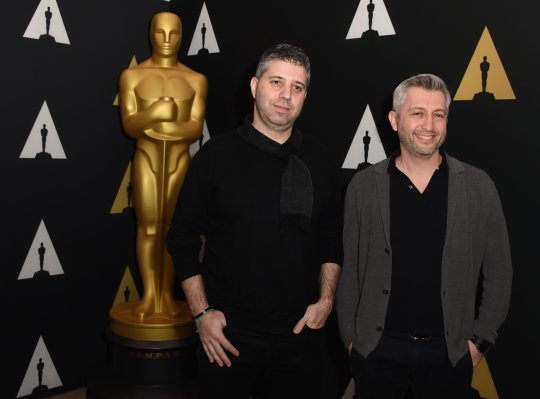