Prince Harry Is Honoring His Mother's Work in Angola. Here's What to Know About Princess Diana's Landmines Walk

The tour across southern Africa begun Monday by Prince Harry, Duke of Sussex; Meghan, Duchess of Sussex; and their son, Archie Mountbatten-Windsor, will surely be as modern as they are — but Prince Harry’s plan for Thursday and Friday has also echoed the past. Harry is honoring Princess Diana’s advocacy against landmines in Angola by making a trip very similar to the one his mother made in January of 1997, when she walked across a minefield in Huambo in central Angola.

The photographs of Princess Diana wearing protective clothing and equipment, as well as her meeting landmine survivors, raised the profile of the work being done to clear landmines around the world. Her untimely death in August 1997 came only a few months before the United Nations Mine Ban Treaty — a legally binding prohibition on the use, stockpiling, production and transfer of landmines — was opened for signature. Since then, 164 countries have become parties to the agreement, which is informally known as the Ottawa Treaty.

Here’s what to know about Princess Diana’s work on landmines, why it was so significant and how Prince Harry is continuing her legacy.

Prince Harry, Duke of Sussex walks through a minefield during a visit to see the work of landmine clearance charity the Halo Trust, on day five of the royal tour of Africa on September 27, 2019 in Dirico, Angola.
Pool/Samir Hussein—WireImage

Why Princess Diana walked across a minefield

At the time of Princess Diana’s visit to Angola in January 1997, Prince William and Prince Harry were 14 and 12 years old, and her divorce from Prince Charles had been finalized the previous year. She was already known for her other charitable endeavors, such as her role in the 1987 opening of the U.K.’s first HIV/AIDS unit in London, which was designed specifically to treat patients with the virus at a time when it was perceived with much stigma.

Princess Diana brought her signature determination to her campaigning against landmines. She had been involved with the British Red Cross for several years before the charity organized and supported her January 1997 trip to Angola. It was there, in Huambo province, that she came across the work of the HALO Trust, which had been working to clear mines in Angola since 1994 amid the then-ongoing civil war there. (The civil war in Angola, which remains one of the world’s most heavily landmine-contaminated countries, ended in 2002 after more than 25 years of intermittent conflict.)

She met children who were landmine survivors, and she was also escorted by HALO students and mine-clearance experts through a cleared lane in one of the active minefields wearing protective armor and headgear. Images from her trip were immediately circulated across international media and provided a striking portrait of the princess among people in a humanitarian context.

“Diana’s visit is something that people in Huambo still talk about today,” says Ralph Legg, program manager of HALO Trust’s operations in Angola. “For the people that were here at that time, which was obviously still a time of conflict, it led to a feeling of acknowledgement, and that their plight was recognized around the world. The people I’ve spoken to who met Diana on that trip have all said how kind, considerate and how genuinely interested she seemed in them.”

After her visit to Angola, Princess Diana wrote a letter to the British Red Cross saying: “If my visit has contributed in any way at all in highlighting this terrible issue, then my deepest wish will have been fulfilled.”

Angola wasn’t the only country affected by landmines that Diana visited; in early August 1997, she visited victims of mines in Bosnia and again focused the world’s attention on the issue. Zoran Ješić, now 46, remembers her visit well. Ješić stepped on a landmine in 1994, and now lives and works in Bosnia for the organization UDAS, which supports landmine survivors. “It was a very brave decision for her to come here only two years after the war,” he says. “The situation wasn’t so stable, and I had the feeling that Diana decided to use her popularity to help people in states like mine. Her contribution on the international level was enormous.”

The legacy of her advocacy against landmines

Diana’s Angola trip was reported on all over the world, and the legacy of her humanitarian work with landmines remains long-lasting. “At that time, she was probably the most recognizable person in the world, and so the fact that she went and met with landmine survivors was really quite incredible,” says Paul Hannon, Executive Director of Mines Action Canada, the Canadian member of International Campaign to Ban Landmines (ICBL), which was awarded the 1997 Nobel Peace Prize. “She showed basic humanity to people who don’t normally get that, and I think that was a wake-up call to all of us.”

At the time of her visit at the beginning of 1997, negotiations were ongoing to initiate the Mine Bans Treaty. Diana had vocally appealed for an international ban on landmines during her time in Angola. Yet her efforts sparked criticism from U.K. lawmakers, who called her a “loose cannon” and out of line with government policy on the issue, which took a more cautious approach to negotiations about the use of landmines, which had not yet been banned in the U.K. Despite the controversy, she had a significant impact on the political process that successfully banned landmines.

Diana, Princess of Wales, wears body armor during a visit to a landmine in January 1997 in Angola.
Anwar Hussein Collection—Getty Images

The exposure she gave the issue on her visit, and her tragic death in August that year, created an added impetus for the treaty process; as TIME reported in September 1997: “[President Bill] Clinton and his wife Hillary had been touched by the Princess of Wales’ poignant visits to young victims of such mines in Bosnia and Angola a few weeks ago. After her death, the [mine bans] treaty being written in Oslo took on the luster of a humanitarian memorial to Diana and her cause.”

“We planned for the treaty signing here in Ottawa, and we would have loved to have had her there,” says Hannon, who volunteered at the signing of the treaty. “She was only involved for a few months, but everyone identifies her with the fight to ban landmines.”

The upcoming visit is not the first time that the Duke of Sussex has visited the projects run by HALO Trust; he went to a minefield in Mozambique in 2010, and previously visited Angola in 2013. During the 10-day trip, Harry will visit other countries in southern Africa, including Malawi and Botswana, where he has connections with several other charities.

Over the past 22 years, several countries have made huge strides on clearing landmines. In 2015, the government in Mozambique declared the country was mine-free after two decades of clearance operations. With the financial support of international donors and the Angolan government, the HALO Trust alone has cleared about 100,000 landmines in the country, and 297 minefields across Huambo province — only one minefield away from the province being declared mine-free. On Friday, Harry detonated a landmine in southern Angola and walked across a minefield in Dirico province, echoing Diana’s 1997 walk in Huambo. However, the minefield area that his mother visited is now home to communities, schools and businesses. “It’s been totally transformed and is unrecognizable today from when she visited in 1997,” says program manager Legg.

However, campaigners are keen to highlight that there is still work to be done. According to the ICBL, some 61 countries and areas around the world are contaminated by landmines and 32 states remain outside of the Mine Ban Treaty. The Landmine and Cluster Munition Monitor recorded over 7,200 casualties caused by mines in 2017, and at least two people clearing mines in southwest Bosnia were killed as recently as Aug. 25.

Harry’s visit to Angola, with its focus on landmines, falls two months before a major conference on achieving a mine-free world by 2025 — one of the major ambitions of the Mine Ban Treaty and a cause that the Duke has spoken about in the past. “I’m hoping that Harry provides the same visibility and added momentum from his trip that his mother did, and that he will remind people that this is a human story,” says Hannon. “It’s a success story in progress. I hope he can remind everybody that the job’s not done yet, but it can be finished.”

Landmine survivor Ješić agrees: “In a way, he will continue something that his mother proudly started.” 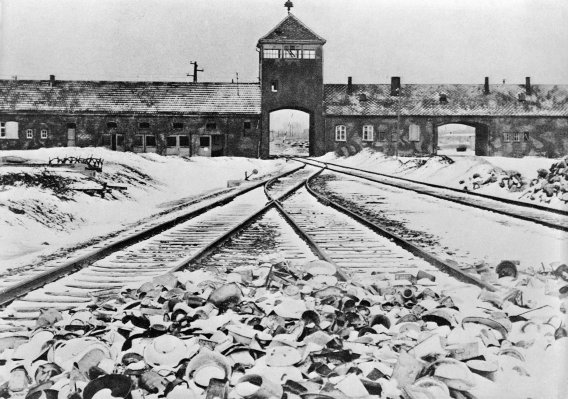 The Long Debate Over What Counts as a Concentration Camp
Next Up: Editor's Pick