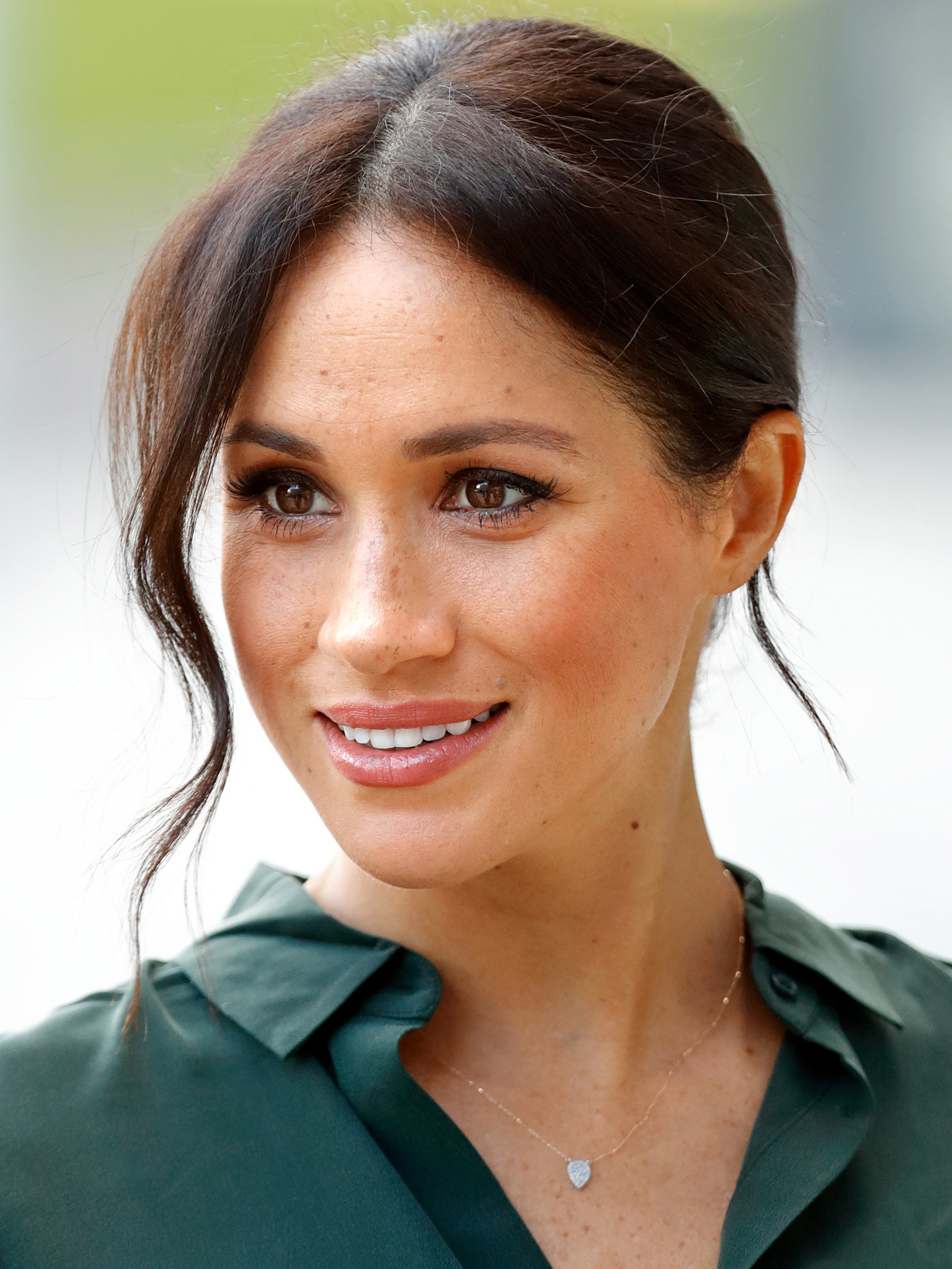 A gospel choir, an African-American preacher, a whirl of wokeness at Windsor. Never before had the likes of Serena Williams or Oprah Winfrey had call to attend St. George's Chapel as wedding guests. Never before had a dreadlocked black woman from Los Angeles gained English monarchy as in-laws, or listened with silent emotion to an impassioned sermon on unity and black pain in their lofty church as her child joined their ranks. When they emerged—Harry and Meghan, now prince and princess, shining in the afternoon light, she resplendent in snowy white and he in his medals—it was the same picture as other royal weddings, but this was a fairy tale for the modern multicultural age.

It's been a good year for a fairy tale. In Britain alone, where Brexit continues to cause chaos, more and more people are relying on food banks, a national homelessness problem has spiraled and the blackened stump of Grenfell Tower still casts a shadow over London's wealthiest districts, there has been due cause for escapism. As if on cue, here was a wayward red-haired prince who had fallen for a sweet-eyed American beauty. Here were bright dresses and glorious hats; mugs, flags, magnets and coasters for adorning our homes with emblems of their love. They would live happily ever after and eat cucumber sandwiches with Queen Elizabeth. They would have lucky babies whose silver spoons might one day turn into crowns or, if not, tiaras, or diamonds, or a nice brooch.

The lead-up to the wedding on May 19 was marked by a rampant royal hysteria. On the day itself, a spring Saturday of perfect God-sent weather, there was that hush in the streets that happens only in moments of small-screen global spectacle, millions of people watching, $40 million carefully spent. Like all fairy tales, this story has a familiar arc: the prince, the romance, a ride in a horse-drawn carriage. A significant variation, though, is that our heroine is a self-made career woman and an avowed feminist. The question now seems less about what the royal family might do for Markle, than what she might do for them.

This self-proclaimed "California girl" had already slotted into British high society with apparent ease and poise. If it vexed her that Princess Michael wore a racist blackamoor brooch at last year's Buckingham Palace Christmas luncheon, we didn't know about it, and her own presence, in its juxtaposition, did the work of highlighting a grotesque faux pas that would probably otherwise have gone unnoticed. Since the wedding, she has worn the right clothes and sat in the right way, with her legs crossed at the ankles instead of at the knees. According to a recent YouGov survey, Prince Harry is now the most popular member of the royal family, and his new wife likely has something to do with the broadening of his appeal.

Markle has become the epitome of what British author Nikesh Shukla has popularly described (in the anthology of the same name) as "the good immigrant," the newcomer who pleases, aligns with or is of some benefit to the host country—as opposed to the "bad immigrant," who is undesirable and can therefore never truly belong. While Caribbean immigrants caught up in this year's "Windrush" scandal have been undergoing deportations and refusals of re-entry into Britain, the newest member of the royal family has passed the figurative citizenship test with flying colors. She is what is conventionally presented in the mainstream as the acceptable face of blackness, pale enough to move through majestic luncheons and palace rooms, while at the same time making the 2019 Powerlist of the 100 most powerful black people in Britain, her African heritage simultaneously acknowledged and celebrated.

Yet any speculation that Markle's presence in the monarchy heralds a step forward in Britain's detachment from its colonial past is as ridiculous as that long-quashed idea of Barack Obama effecting a post-race age. She is simply a woman who fell in love. But her movements in her new role so far have been dynamic, notable and useful in their commitment to inclusion and giving voice to the marginalized and disadvantaged. She has helped draw attention to the problem of "period poverty" by including the Myna Mahila Foundation, a charity addressing menstrual hygiene in India, on her and Harry's list of wedding-donation recipients. Her first proper gig as royal patron was for the publication this past September of Together: Our Community Cookbook, a collection of recipes from women affected by the Grenfell Tower fire, which killed 72 people in June 2017.

Where in her acting career being biracial was, according to Markle, at times a hindrance ("I wasn't black enough for the black roles and I wasn't white enough for the white ones, leaving me somewhere in the middle as the ethnic chameleon," she wrote in Elle in 2015), in her career as princess and duchess, she seems intent on owning it.

What seems more at threat, more pressing, is a certain ferociousness of feminism. Is there really space in the British monarchy for a once precocious activist who, at age 11, got Procter & Gamble to change a chauvinistic ad for dishwasher liquid, and went on to become a U.N. Women's Advocate for Political Participation and Leadership? Is it possible to be a good princess, a good immigrant and a good feminist all at the same time?

In order for this marriage to take place at all, we witnessed a partial erasure of a whole person. Two months before the wedding Markle was baptized at St. James's Palace by the Archbishop of Canterbury using water from the River Jordan, leaving behind her Catholic background. Rachel Zane of Suits is long gone, the acting career relegated to just a few lines of her biography on the royal website. Twitter, Facebook and Instagram accounts have been deleted; her Internet profile has been wiped clean. With her mother Doria Ragland the only representative of Markle's former life present at the wedding, the replacement of her father with Prince Charles as her companion partway down the aisle seemed only a gesture. In effect, Markle gave herself away, acquiring a brand-new title, Her Royal Highness the Duchess of Sussex, and speedily becoming pregnant with the seventh in line to the throne.

Despite the firm matriarchal icons of the monarchy such as Queen Elizabeth II and Queen Victoria, women lower down the ranking who exercise their own singular power have not fared well in majesty; it is not part of the fairy tale. By their nature, fairy tales deem women passive and neutral, which is why Diana Spencer became an affront, even an aberration, to the monarchy once she fully embraced her power. Since Kate Middleton married Prince William, we have seen her diminish from a figure capable, in the eyes of the media, of modernizing the royal family to a woman defined (again, at the hands of the media, over which she has no control) by her womb and her wardrobe. For royal brides there is one easy way to be royal, and that is to be slender, smiling, unopinionated and obedient to the machine. Anything else and you're a Fergie or a Diana, which is much more interesting (and less dangerous) for the young girls watching, but ultimately lacking in longevity. Will Markle fare better? Or is there a chance that she will simply become another quiet royal waif, swallowed whole into luxury and impartiality, her dresses more important than her voice? Let's hope not.

The monarchy have a fortune in the hundreds of millions and are not obliged to pay tax on the additional annual sovereign grant they receive from taxpayers. This unearned affluence must feel like a slap in the face to people who can't afford homes or sanitary towels. Yet one day last year, the morning after Grenfell, I glimpsed what makes the great injustice of the monarchy possible. I went to West London to cry for the burning, and happened to arrive at the shelter for survivors just before the Queen. She emerged from her shiny black car in her royal blue coat and matching hat, Prince William at her side. Here she was, our trusty monarch, small and stooped, impartial and apolitical, shaking hands and looking into the faces of the traumatized.

In such moments, it is not the royal wealth we see, or the story behind the wealth. It is the fairy tale, the tradition that will never change. The acknowledgment, implicitly, that it's the least they can do. This will be Markle's most complicated task as a royal: whether she can be a part of that gilded national emblem of stability, that strange oblivious comfort, without losing herself.

Evans is the author of Ordinary People, The Wonder and 26a