Two decades after Lady Diana Spencer‘s death, her sons, Princes William and Harry, are remembering their mother by working for many causes that were close to her heart.

The Princess of Wales was a royal like no other who spoke candidly about suffering from mental issues (a topic those in the public eye traditionally would shy away from talking about), wholeheartedly embraced HIV/Aids sufferers to fight the stigma surrounding the disease and threw her weight behind hundreds of charities, working tirelessly to make life better for those less fortunate than herself.

William and Harry have also echoed Diana by working with many charitable initiatives that were close to their mother’s heart — from homeless shelters to conservation projects in Africa and sharing their personal battles with mental health. “What my mother believed in,” Harry said on the Telegraph reporter Bryony Gordon’s Mad World podcast earlier this year, “is… the fact that you are in a position of privilege or a position of responsibility and if you can put your name to something that you genuinely believe in…then you can smash any stigma you want.”

Here are six ways the princes have carried on the traditions of their mother, Princess Diana:

Diana was associated with more than a hundred charities during her lifetime, but one which held a particularly special place in her heart was Centrepoint, the charity that supports around 9,000 homeless 16 to 25-year-olds in the U.K.

Diana took both William and Harry to visit Centrepoint hostels with her when they were children, and the pair have continued to visit over the years since her death. William became patron of the charity in 2005 and held a star-studded fundraising party for the charity earlier this year at Kensington Palace. In January, William met several young people at a London Centrepoint hostel and played a Post-It note guessing game with some of its residents.

Also in January, Prince Harry spent the morning running with members of The Running Charity, a program for homeless and vulnerable people, before visiting the Willesden Green hostel, which was opened by Diana in 1995. At the hostel, he recreated a photo taken of his mother with a group of charity workers on a flight of stairs.

Speaking out about mental health

No member of the royal family had spoken so candidly about having issues with mental health as Diana did in her 1995 BBC Panorama interview with Martin Bashir, where she discussed self harm and post-natal depression after giving birth to William.

“When no one listens to you, or you feel no one’s listening to you, all sorts of things start to happen,” she told Bashir. “For instance you have so much pain inside yourself that you try and hurt yourself on the outside because you want help, but it’s the wrong help you’re asking for.”

She later added: “I was unwell with post-natal depression, which no one ever discusses… and that in itself was a bit of a difficult time… You’d wake up in the morning feeling you didn’t want to get out of bed, you felt misunderstood, and just very, very low in yourself.”

Twenty-two years after the groundbreaking interview, William, Harry and Kate Middleton are working to normalize mental-health conversations. In April 2016, the three royals launched the Heads Together campaign, which champions against the stigmas surrounding those struggling with mental health issues and promotes mental-health awareness and support.

“Through our work with young people, emergency response, homeless charities, and with veterans, we have seen time and time again that unresolved mental health problems lie at the heart of some of our greatest social challenges,” William said at the Heads Together launch. “The more we talk about mental health, the more normal the topic becomes, and the more we feel able to open up and seek support.”

Throwing their weight behind the Diana Award

William and Harry have enthusiastically supported the Diana Award, the charity that aims to develop and inspire positive change in the lives of young people, which was set up in 1999 in Princess Diana’s name. Each year, the award, which is signed by the British Prime Minister, is given to “courageous, caring, compassionate” young people aged between nine and 18.

This year, the Diana Award, with the support of William and Harry, launched an inaugural ‘Legacy Award’ to mark the anniversary of its namesake’s death. The pair presented the awards to 20 winners, which included an 18-year-old Syrian who is a spokesperson for refugees and migrants in the U.K., at a ceremony at St. James Palace in May.

Fighting the stigma around HIV/Aids

Princess Diana was photographed in 1991 shaking the hand of a man suffering with AIDS without wearing gloves, challenging a common public myth that HIV/AIDS could be passed by casual contact. Two years before the historic photo was taken, she opened the U.K.’s first purpose built HIV/AIDS unit, in London’s Middlesex Hospital.

Twenty-nine years later, in 2016, Harry spoke about defeating the disease at an international conference in South Africa, where he invoked the evocative image of his mother shaking the dying man’s hand.

“When my mother held the hand of a man dying of AIDS in an east London hospital, no one would have imagined that, just over a quarter of a century later, treatment would exist that could see HIV-positive people live full, healthy, loving lives,” he told the audience, the Telegraph reported at the time.

On World Aids Day last December, Harry joined forces with pop star Rihanna in Barbados. The pair were tested for HIV on camera, to “show how easy the process is.” 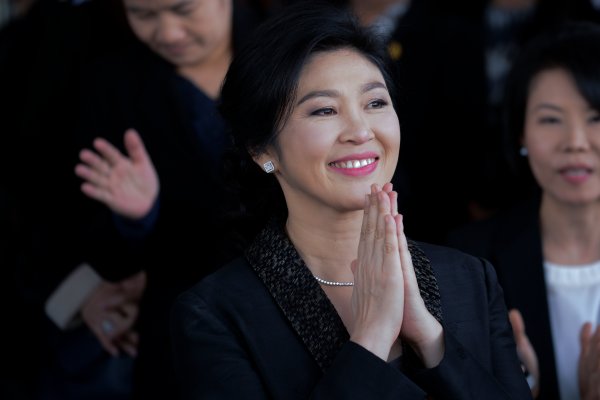