With Apple's iPhone 11 Pro, Cameras are the Killer App

Consider the professional, if you will. Complete with demanding career, full schedule, and disheveled hair, they need the best of the best when out and about, ostensibly being a “pro.” That need extends to the tools they use, be it a fast laptop, full-frame camera, or set of razor-sharp knives. But how long until the smartphone is considered another tool in any person’s disposal? And when does a smartphone get so good it becomes a tool for professionals? Apple thinks its iPhone 11 Pro fits the bill thanks to its new cameras brimming with features. Whether the rest of it matches the whole “Pro” thing is another story.

But first, the basics. Apple’s newest smartphones, the iPhone 11, iPhone 11 Pro, and iPhone 11 Pro Max are all pretty similar — looking only at the front, you’d be hard-pressed to differentiate them from their iPhone XR, XS, and XS Max predecessors. In addition, every iPhone 11 device shares the same new A13 Bionic processor, and all run Apple’s newest software update, iOS 13.

iOS 13 itself brings a host of welcome changes, enough to make any iPhone (including the iPhone SE, 6s, and newer) feel like a breath of fresh air. Top of the list is dark mode, ushering in a new era of all-black-everything when it comes to the iPhone’s interface. Most of Apple’s apps support dark mode, which looks great on the iPhone 11 Pro’s 5.8-inch OLED screen.

Major improvements to apps like Reminders, Photos, Files, and Messages highlight the benefits of working within Apple’s ecosystem of first-party apps (Messages will alert you if you’re talking to someone who’s part of a task in Reminders, for example). There are also some welcome security and privacy changes, giving users more control over which apps have permission to access things like location data or your Bluetooth accessories. The overhauled Find My app is even more reliable, and can detect your device even if it’s disconnected from Wi-Fi or a cell tower — if another iOS user walks by your disconnected device, you’ll get an alert. It’s one of many welcome updates, revisions, and smart additions that make iOS 13 the mobile platform to beat.

But in the iPhone 11 Pro is Apple’s promise of a premium experience. And for the most part, it’s there. The 11 Pro, as well as the 11 Pro Max, bumps up the brightness levels on the already high-resolution display, and adds support for standards like Dolby Vision for improved dynamic range when watching supported videos. In the audio department, the 11 Pro adds Dolby Atmos support, as well as spatial audio to simulate surround sound with its stereo speakers. (Still, a smartphone is only going to sound so good compared to high-quality headphones or a speaker.)

The iPhone 11 Pro’s back, a single sheet of glass interrupted by cameras evoking The Matrix’s killer sentinels, has a soft matte finish that is less prone to leaving fingerprints, and looks great protected by a clear case instead of your standard opaque variety. It’s no more slippery than the glass back on the iPhone 11, but don’t count on any perceived increase in friction to keep it from slowly sliding off the couch on which you tossed it.

Where Apple really wants you to look is right into the lens of the iPhone 11 Pro. Well, into one of its three lenses. On the rear of the 11 Pro and 11 Pro Max is a three-camera arrangement: Ultra-wide (0.5x), wide (1x), and telephoto (2x), all capable of recording footage in 4K. Depending on how you look at it, that gives the iPhone 11 Pro a 4x optical zoom range. Apps like Filmic Pro, showcased by Apple, can record from two cameras simultaneously at 1080p, great for cinematographers or documentarians.

Apple claims its 12 megapixel triple camera system is “transformative,” which would’ve been true had the iPhone X featured a third lens. Now, when companies like Huawei and Samsung have their own smartphones with triple-camera (and even quad-camera) setups, the iPhone 11 Pro is simply catching up to the competition in this department.

Its photos, however, give the competition something to worry about. After spending a few days scouring New York for interesting subjects, I can’t say I’m disappointed in the iPhone 11 Pro’s photography chops — and neither were my subjects. In fact, the 11 Pro produced some of the most vibrant, eye-catching photos I’ve seen from a smartphone.

In a shootout between the iPhone 11 Pro and Samsung Galaxy Note 10+, the two were mostly neck-and-neck. Shots on the Note 10+ were oversharpened compared to the 11 Pro, while the 11 Pro’s shots seemed more vibrant, with more accurate colors by comparison. Your average shutterbug would be hard-pressed to tell the difference, simply because both phones’ cameras are remarkably capable for a smartphone.

Portrait mode is where the iPhone 11 Pro comes alive. The ability to switch between the wide and telephoto lens means full body shots and detailed headshots are all on the table, ready to impress. Identifying subjects is fast in bright light, but takes a second or two longer depending on who (or what) is in the frame. When taking a portrait mode shot of someone standing behind a bicycle, the 11 Pro took an unusually long four seconds before recognizing the entirety of the subject, one of the rare occasions it seemed to struggle. Still, portrait mode shots were consistent, and easy to edit and touch up after the fact thanks to the redesigned Photos app. Editing the depth of field is recommended, as the 11 Pro is somewhat conservative when it comes to picking an aperture setting.

The iPhone 11 Pro’s wider field of view makes sweeping shots of landscapes or buildings dead simple. It might require a bit of repositioning on your part to avoid unsightly artifacts like stop signs or ambivalent bystanders cluttering the corners of your image, but the end result is worth it. The ultra-wide and wide-angle lens make themselves known quite elegantly in the Camera app, hinting that there’s more image to capture outside the frame by showing the larger image behind your traditional control layout. The shutter button, depending on the direction you swipe, can instantly enter burst mode or video mode, just in case you need to go from from still life photographer to guerilla videographer in a flash.

With its new night mode, enabling low-light photography, the 11 Pro takes on Google’s killer camera feature, and runs it out of town. Compared to the Pixel 3, the 11 Pro produces sharper, more detailed night mode images with significantly less noise as long as you stay still. You can adjust the night mode capture time manually, setting it anywhere from three to ten seconds, to capture more detail. Still, Apple hides a few important camera options and settings in the Camera section of the Settings app itself, a minor annoyance compared to what is an even more capable and easy-to-use camera app.

But the rest of the iPhone 11 Pro is just that — an iPhone. It might be the most famous smartphone around, but that doesn’t mean it’s the best one for you. While its photos are stellar, the 11 Pro might not be worth justifying the one thousand dollars you’ll have to spend to reap the benefits of three cameras, especially if you’re using an iPhone made in the past three years. And if you do need an upgrade, the cheaper base model iPhone 11 is plenty capable, too.

As for its other hardware features, the iPhone 11 Pro continues to lag behind. For one, the cheapest $999 model only ships with a paltry 64GB of storage, a deceptively minuscule amount. There’s no bidirectional wireless charging, meaning you can’t set your AirPods with their wireless charging case atop your smartphone to charge it, like you can with devices like the Samsung Galaxy S10. In addition, unlocking your iPhone with a passcode or scan of your face is a standard feature on other high-end Android phones. Those same smartphones also feature fingerprint sensors embedded in the display itself, a slick security option not found on the iPhone, a smartphone that popularized biometrics with TouchID. While 5G isn’t widespread enough to matter at this point, you can still buy a 5G-equipped Android phone if you have enough scratch.

And then there’s USB-C, the universal, reversible replacement for your rectangular USB port of yore, along with every other port you’d rather forget about. Unlike every recent Android smartphone, and Apple’s own MacBook Pro, iPad Pro, and iMac Pro devices, the iPhone 11 Pro lacks a USB-C port. It does include a USB-C to Lightning cable, along with a highly anticipated high-wattage charger to replace the sluggish five-watt brick included with every iPhone.

Apple’s ambitious, irksome redesign of its MacBook line of laptops — which ditches every connection option save for USB-C and the headphone jack — along with its removal of the headphone jack from its iPhones, was couched in a vague veneer of “courageous” decision-making. To spur adoption to USB-C (and possibly save some cash when it comes to port licensing), Apple basically burned the boats, forcing people to adopt the ostensibly more capable USB-C standard, or at least get a dongle or two.

No matter how you might feel about such a polarizing decision, it’s a prudent one: you’re probably going to be using your MacBook or iPad Pro for more than a few years, during which time more and more devices will be made with USB-C and all its capabilities in mind. But the lack of a single smartphone with a USB-C port runs counter to its “pro” narrative.

If the lack of USB-C doesn’t sound like a huge deal to you, chances are it probably isn’t. If you’re an iPhone user, you’ve probably got Lightning cables strewn about, and the included USB-C to Lightning cable provides a helpful assist when it comes to navigating the transition to the new standard.

But for the “pros” who want a workflow with as few compromises as possible, the presence of a proprietary port used exclusively by a single company throws a wrench in that plan. Using USB-C adapters, dongles, and cables are out of the question unless there’s a Lightning-capable version somewhere in the mix. It also means, as people hold onto smartphones for longer periods of time, you’ll be stuck with that Lightning connector for quite some time.

The iPhone 11 Pro is not a smartphone for professionals, no matter who says it. What it is, a fast smartphone with a trio of quality cameras, is more than enough for everyone. If you feel ready to get a new iPhone, any of the three will serve you well enough. But, as the saying goes, you are your options. And the iPhone 11 Pro has more than a few options to keep you satisfied. 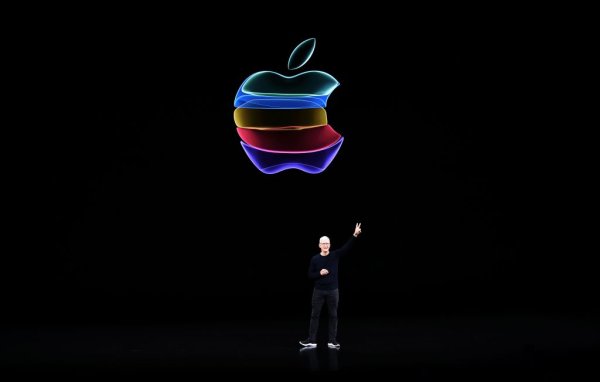 What Apple Risks By Doing Momentous Events Without Momentous News
Next Up: Editor's Pick