The iPhone XR is a great iPhone. Its huge screen is nice, the camera is great, and those eye-catching colors present you with options beyond just black or white. In some scenarios, the iPhone XR even performs better than its more expensive iPhone XS counterpart. And if you liked the last iPhones, you’ll probably love this one, too — it’s still an iPhone, after all. But it’s also a boring iPhone, one that does more to remind me of the four-year-old iPhone 6 than it does the brand new iPhone XS, despite the similarities in both size and features. Still, it’s probably the one you should get.

Apple’s iPhones have a pretty good track record, and the XR doesn’t stray from that. The $749 base model comes with 64GB of storage, making the $50 upsell to the 128GB model a no-brainer (there’s an $899 256GB version as well). It shares a lot of DNA with its more expensive iPhone XS counterpart: both base models feature the A12 Bionic processor, making them equally capable at handling your drawn-out games of Hearthstone or Fortnite as well as your photo and video editing sessions.

You’ll also get the fingerprint-free Face ID security feature, letting you log in by looking at the XR’s depth-scanning camera embedded in the, uh, polarizing notch at the top of the 6.1-inch screen. It does add fun features like Animoji and the more customizable Memoji, but expanding videos to take advantage of the entire display means there’s a small cutout that leaves me perpetually irked.

That screen is more than decent, however. Apple calls it a Liquid Retina LCD display, and it’s a delight to look at. It shares the same pixel density as previous iPhones, which determines the sharpness of things like text and images. The XR isn’t as sharp as the XS, but you won’t notice unless you’re an eagle-eyed nitpicker. It also shares the iPhone XS’ useful touch to wake feature, which has been available on Android devices for a few years.

Unfortunately, the iPhone XR ditches the underrated pressure-sensitive 3D Touch feature found on every other model since the iPhone 7 in favor of Haptic Touch, which simulates 3D Touch in predetermined areas — like the XR’s lock screen and Control Center — after you long press on an icon. Removing the equivalent of a right-click option from your phones and essentially deleting the 3D Touch features used by a great deal of apps isn’t helpful to anyone, and creates an unnecessary distinction between the XR and other iPhones. It’s a move that compromises usability that should be standard across all devices.

Design-wise, the iPhone XR looks like a combination of old and new, ditching the top and bottom bezels of older iPhones along with the Touch ID fingerprint reader, but keeping the same rounded design and aluminum edges. Available in white, black, blue, yellow, coral and red, there’s probably a color appealing enough for you. Don’t want to pay the premium for the $999-and-up iPhone XS and its fancy stainless steel construction? The aluminum XR looks just fine, and you won’t notice the difference if you’re using a case. It also brings wireless charging to the mix thanks to the glass back. Now if only Apple would release a wireless charger so I didn’t have to rely on Google’s adorable Pixel Stand, released alongside the Pixel 3 and 3 XL.

The iPhone XR is larger than the upscale XS in every dimension, though only by a few millimeters each way. It also weighs a few grams more, which lends to it a feeling of increased density. The XR’s size gives me pause — every smartphone is inching its way up in size, and unless you’ve got a good tailor, I doubt your pockets are handling it well.

Apple’s new iOS 12 software adds a great deal of much-needed features, along with a few fun tricks that merge the real world with the digital. Additions like improved augmented reality mean more accurate measurements of walls or boxes, better furniture previews, and multiplayer-friendly AR games. Screen Time, which shows how much time you spend in apps and lets you set specific timers, make managing your attention span a bit easier — it’s a great first step from Apple to help users better manage their time spent on devices. Deeper integration with password managers and a streamlined SMS verification process make staying secure less of a headache, too. Another highlight is the new Shortcuts app, which you can use to create automated actions that can, for example, send your ETA to everyone important to you, or automatically play a whole album based on the song you’re listening to. The learning curve is a bit steep, but it pays off when it comes to more tedious tasks, and there’s slew of pre-made shortcuts from which you can use.

The iPhone XR’s camera is, of course, awesome. That makes sense; it’s using basically the same 12-megapixel wide-angle camera lens that’s on the iPhone XS, which means you can take advantage of features like Smart HDR (for capturing more detail in bright or dark spots) and 4K video recording at 60 frames per second.

You’ll also find the much-desired Portrait Mode on both sides of the XR, despite its lack of a rear telephoto lens. Where iPhones with dual cameras use both lenses to simulate DSLR-quality photos with a shallow depth of field, the XR uses the wide angle lens and AI to achieve a similar effect. It works pretty well, though the iPhone XR’s photos sometimes leave a very faint “glow” around your subject. Interestingly enough, the XR’s portrait mode can create brighter and more vibrant shots in low-light situations than the iPhone XS. In some instances, both the subject and myself preferred the warmer tones of the XR and its wide-angle portrait shots. The front-facing 7-megapixel TrueDepth selfie camera also supports Portrait Mode.

The competition is changing the photography game, however. Google’s $799 Pixel 3 has its own Portrait Mode — also using a single lens and AI — that produces even sharper images than the XR, and adds camera features like Super Zoom (enhancing zoomed photos using image stabilization) and soon Night Sight, which can dramatically enhance the quality of low-light images. Apple’s iPhone XR does indeed have an awesome camera, but so does its rivals.

If you’re committed to getting an iPhone, then, like all things, it all comes down to money. Is the $250 difference to upgrade to the iPhone XS worth it? That in part depends on whether you care about having the absolute highest-end phone in town. That’s a question you’ll have to wrestle with at checkout, but the iPhone XR is more than enough smartphone for most people. The single camera will treat you right, the screen is sharp enough for almost anything you’d be watching, and unless you’re a photography buff or high-def videophile, Apple’s iPhone XR will handle most anything you can throw at it. It’s an iPhone, after all. 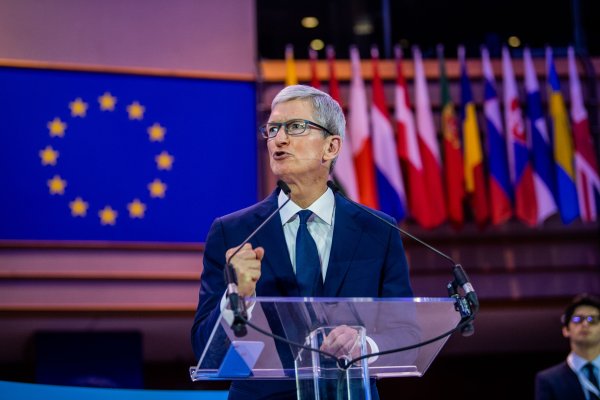