Last year’s iPhone X was a groundbreaking device, in part due to the removal of what made the iPhone so iconic. Gone was the fingerprint-scanning home button, and in its place was an aesthetically controversial “notch” to make room for the Face ID security (and Animoji) functionality. It was also groundbreaking in terms of price. It may have debuted alongside the $699-and-up iPhone 8, but it was the first thousand-dollar smartphone from Apple, a price a surprisingly high number of people were able to stomach for the sake of having the coolest phone on the block.

With the new iPhone XS and XS Max, Apple is trying to tell us something: like it or not, this is the future of the iPhone. All screen, no buttons, and a single port that grows increasingly frustrating to deal with. Also, you’ll probably need two hands to hit the corners. Fortunately, there’s also a lot to like about the iPhone XS, at least on the inside. Apple’s “S” line of devices, typically revisions of the design from the year prior, are usually about internal updates and improvements rather than radical design changes. The iPhone XS maintains that same pace, bringing some much-needed software revisions along with it, though without anything truly novel.

At first glance, the XS is almost comically identical to the iPhone X before it. Side by side, you’d be hard-pressed to figure out which is which. It has the same rounded stainless steel frame and glass back, the same 5.8-inch OLED display, and the same Super Retina HD screen as the previous iPhone X. The rear cameras still jut out. The iPhone XS Max bumps that display up to 6.5 inches, adding a few more pixels to maintain the 19.5:9 aspect ratio.

Videos look fantastic on the iPhone XS, and if you watch them cropped, you won’t notice the notch at all. The audio output has been greatly improved thanks to the now-identical speakers at each end of the iPhone. You’ll get true stereo sound, a welcome improvement over the X. Still, if you want to take advantage of every inch of that display, those videos will be forever marred by the garish Face ID notch that removes a sliver of screen space. Why make the display so gorgeous if you’re just going to mess it up?

The battery life on the iPhone XS is similar to its predecessor. Apple made some impressive strides with its new A12 Bionic processor, making it more efficient than the A11 Bionic that came before it, as well as more powerful. You’ll enjoy more impressive gaming graphics, as well, but don’t expect a miracle. Apple claims the XS will last “up to 30 minutes longer than iPhone X,” which seems reasonable enough. I never found myself scrambling for an outlet during normal use, and enabling low-power mode when I was unable to recharge helped ease my anxiety of partying in the city without a working phone. Battery management is more sophisticated, and won’t leave users wondering whether or not they’re dealing with a faulty power supply when their iPhone starts bugging out.

Identity problem aside, the iPhone XS is still a beautiful device. It’s sleeker and more aesthetically pleasing than the competition thanks to how simple it looks. Compared to rival devices like the Note 9 or Pixel 2, the iPhone XS radiates elegance, while the rest are simply smartphones with rounded corners or curvier screens. Available in black, white, and now gold (gotta stay fresh), it looks and feels more like a luxury product than a device many of us will use mostly for sending emojis and memes has any right to be. The dedication to form is admirable, but it also makes the XS look a bit staid, and makes me wish there were at least a few more colors to make it pop when not hidden in a case. (The upcoming mid-tier iPhone XR will be offered in a wider array of colors.)

Given the lack of radical design changes, Apple wants you to focus on the camera, and just how good it is. And, well, it is pretty good. All the improvements made to the iPhone’s new processor let you snap HDR — high dynamic range — photos without worrying about shutter lag. It also means your photos will look a lot better in environments adverse to photography. Bright blue skies won’t look washed out, and low-light images will feel more alive and saturated thanks to the camera combining multiple exposures into a single photograph. Each lens has optical image stabilization along with a 12-megapixel sensor; one uses a wide-angle f/1.8 lens, the other a telephoto f/2.4 lens for 2x optical zoom.

Portrait mode photographs use both of the 12-megapixel cameras to simulate the narrow depth of field effect you’d get with a high-quality DSLR camera and lens. The camera will automatically focus on a subject’s face and let you use live lighting effects to add some style to your photograph. After you shoot your subject, you can change the depth of field effect after the fact, blurring or focusing the background as you see fit. Though not the first device to enable depth adjustment, it’s a useful and incredibly fun feature to have at your disposal, even though it does get a bit heavy-handed as you approach the f/1.4 aperture setting.

Apple’s iOS 12 software might be the most interesting part of the iPhone XS, considering how it’s now designed to help you use the expensive new gadget you just bought less often. Additions like Siri Shortcuts and Screen Time help users manage their time spent on the device, and shows them what they’re doing and for how long they’re doing it. Improved security features means password managers like 1Password can automatically fill in your login information, eliminating the need to copy and paste your credentials when you need to access your account from some site or app. It’s one of the most useful additions to iOS 12, and one of many improvements found throughout the operating system that makes it feel more considerate of my time and attention. Even if you’re not interested in switching iPhones, upgrading your current model to iOS 12 will get you a host of benefits and features, enough to probably keep you from switching phones just yet.

Animoji are still here, and feature a few new characters to boot. You can also make one modeled after yourself (or whoever you’d like to look like) using Memoji, Apple’s Animoji creation tool that uses the Face ID camera. It’s clearly a work in progress, and can’t register facial expressions like winks or raised eyebrows without looking far too strange for comfort. Still, it’s a ton of fun to use, and now that it’s here I can’t imagine it going anywhere anytime soon.

There’s one problem with the iPhone XS, a problem that affects every high-end smartphone, a problem people seemingly overlook. To watch content as intended, at 1080p or 4K resolution along with HDR support, you might need to cough up even more cash.

Want to stream video on that huge display? Well, I hope you’re ready to pay your wireless carrier for some extra data after your Netflix movie devours a few gigabytes. In addition, you won’t be able to take advantage of that high-resolution display when streaming over mobile broadband thanks to the limitations placed on streaming content. Carriers like Verizon and T-Mobile will only let you stream videos at the pitiful resolution of 480p unless you fork over a few extra bucks per month to bump it up to the still-terrible 720p resolution. To companies like T-Mobile, “high definition” is the equivalent of a movie from 2002. No thanks. On top of that, watching videos when my iPhone XS is connected to Wi-Fi probably means I’m somewhere either where watching videos would be ill-advised or where I have access to a larger screen, like a laptop or TV. If that’s the case, why bother with this pocket display that has a chunk taken out of it?

The same problems exist with Apple’s proprietary Lightning connector, the primary one being that it isn’t the more widely adopted USB-C, used by every other smartphone manufacturer, and the only port on Apple’s MacBook Pro laptops. If you’re not an early adopter to tech, your laptop or computer probably still has regular old USB — if so, don’t worry about it. But otherwise, you’ll need an adapter.

Should you get the iPhone XS or iPhone XS Max? If you skipped the iPhone X, and think you’re about due for a new phone, then sure, consider the iPhone XS. But if pricing is a concern, then the upcoming $749 iPhone XR might be more your speed. If you’re not excited about either, I don’t blame you. Especially with iOS 12 available as a free update, lots of people will get more milage out of their existing iPhone before feeling the need to upgrade. 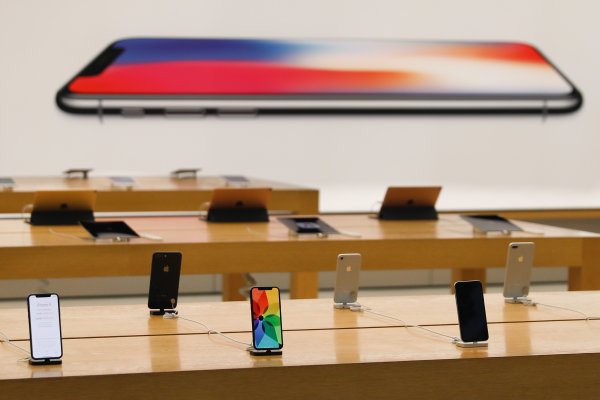 Apple's Big iOS 12 Update Is Now Available. Here's How to Upgrade and What You'll Get
Next Up: Editor's Pick