Here's What to Know About the Status of Family Separation at the U.S. Border, Which Isn't Nearly Over

Approximately 5,500 migrant children have been separated from their parents by the Trump Administration — not 2,800 as originally estimated — according to the ACLU who received a court-ordered accounting of each of the families by the government on Thursday. The accounting shows an additional 1,556 children were separated and approximately 1,000 children have been separated from their parents since the practice was declared over by the Trump Administration in June 2018.

Court records show that family separation has become increasingly complex as thousands of children’s reunification now depend on factors including when they were separated, where their parents are now, and if they are considered plaintiffs in a class action lawsuit against the Trump Administration.

In Harlingen, Texas, attorney Jodi Goodwin says just over two weeks ago she reunited a migrant father with his 7-year-old child after they had been kept apart for 14 months. The child is one of 2,814 possible defendants in a class action lawsuit against Immigration and Customs Enforcement (ICE), a case known as Ms. L v ICE, which represents the children separated during the implementation of the Administration’s Zero Tolerance policy. Even though thousands of children separated under that policy have so far been reunited, 27 remain in government custody as of September 6, according to court records.

Attorney Efrén Olivares in McAllen, Texas, says he recently saw the separations of two children from their parents — over a year since June 2018, when President Trump signed an executive order ending family separation. Later that month, a federal judge ordered the children separated during Zero Tolerance to be reunited with their parents or sponsors.

The ACLU argued in federal court Friday that the children separated since that injunction have been wrongfully taken from their parents in violation of the administration’s own executive order, saying the separations have been ordered on grounds including a parent’s minor criminal offense — such as a parking violation or DUI. The ACLU called on the judge hearing the case to block such separations — Lee Gelernt, the lead attorney in the case, tells TIME the ACLU estimates about 1,000 currently-separated children fall into this category — and only allow in instances when a parent is deemed a danger to a child. (For example, having a criminal record of child abuse.)

“We’ve had instances of fathers separated from their children because the last time the father was in the U.S. years ago, he got a ticket for driving with an expired license,” Olivares says. “He was arrested, and therefore now has a criminal conviction on his record, and that is the justification for the separation.”

Under the administration’s policy, children can be removed from parents who are facing criminal prosecution for any charges.

“I think that we’re looking at the biggest moment in the case since it began,” Gelernt told the judge at the Friday hearing. ICE tells TIME it will not comment on pending or ongoing litigation, but deputy assistant attorney general Scott Stewart called Gelernt’s proposal “an irresponsible approach” at the Friday hearing.

In Judge Dana Sabraw’s closing statements, he expressed concerns over a blanket implementation of the ACLU’s proposal that criminal records be discounted as a justification for separation. Sabraw noted a hypothetical situation in which a father with an assault charge on his record could still be a loving and dedicated parent, but that such a violent criminal past may, or should, still weigh on the court’s decision whether or not that father can be detained in the same facility as his child, and other children.

Judge Sabraw, of the Southern District of California, has not yet issued a ruling.

The hearing is one of many legal challenges the Trump Administration has faced since family separation under the administration’s Zero Tolerance Policy began in April 2018. The ACLU estimates that more than 2,000 children were separated before the official start of Zero Tolerance in addition to the thousands separated since Zero Tolerance began.

Here’s what to know about where family separation stands today.

A girl takes part in a protest against the US immigration policies separating migrant families in Chicago, June 30, 2018. -
Jim Young—AFP/Getty Images

Though the June 2018 executive order ended family separation on paper, there have been exceptions. According to the Department of Homeland Security (DHS), reasons a child may be separated from family include if DHS is unable to determine a familial relationship, they believe the child might be at risk and if the parent is referred for criminal prosecution.

At one court in McAllen, Texas, attorneys at the The Texas Civil Rights Project (TCRP) have interviewed more than 700 families going through immigration court proceedings since May 2018, according to Olivares, who is the director of the Racial & Economic Justice Program at the organization. In the six months that followed the June 2018 executive order, TCRP found that 272 of the families they interviewed parents separated from their children in the McAllen region. Throughout the border that number is closer to 1,000, according to the ACLU.

“It’s not on the scale of what we saw during Zero Tolerance, but it’s still an incredibly troubling and very large number,” says Christie Turner-Herbas, deputy director for special programs at Kids In Need Of Defense, a legal organization that represents children throughout the country, including child asylum seekers.

The children who remain in government custody

More complicated still is the status of the 27 children who remain in government custody even after a judge ordered their reunification back in June 2018.

Out of 2,814 children who fell into that category, 2,787 have been discharged from government custody according to a joint status report filed in court on Sept. 11. Of those, 2,168 were reunited with a parent. An additional 619 were discharged under “appropriate circumstances,” including being released to a sponsor or because the child turned 18 years old.

However, the ACLU confirmed parents of 12 of the 27 remaining children waived reunification because they had been deported and did not wish to have the child return to a dangerous environment. In eight cases, the government determined the parent was unfit for reunification and posed a threat to the child, and in four cases, it was determined that family separation hadn’t actually occurred.

All of the children who were separated before Zero Tolerance began

Gelernt tells TIME that the ACLU estimates an additional 2,000-3,000 children may have been separated (and remain separated) before the Administration’s Zero Tolerance policy began. The government is expected to release more information on just how many children fall into this category by the end of October per Judge Sabraw’s request, according statements made at the Friday hearing. 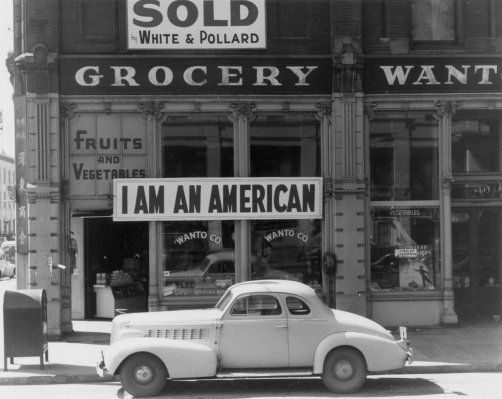 Citizenship Day Used to Be Called 'I Am an American Day.' Here's How It Came to Be—and Why It Changed
Next Up: Editor's Pick