U.S. Customs and Border Protection has confirmed that agents separated a child with Down syndrome from her mother as they attempted to cross the U.S.-Mexico border.

According to the agency, the separation was not a result of the Trump Administration’s new “zero tolerance” immigration policy. Border Protection said the mother is not being prosecuted, but rather is being held as a witness to alleged human smuggling.

“The mother and her five children were in a vehicle driven by a U.S. citizen,” Border Protection said in a statement Wednesday. “Upon questioning, the mother admitted to being illegally in the United States. Three of the children are U.S. citizens and were released to an aunt. The mother was not prosecuted, but is instead being held as a material witness to support the prosecution of the smuggler, which precipitated the separation of the two other children, both Mexican citizens.”

The Trump Administration has come under fire for a strict new immigration policy that has resulted in U.S. Border Patrol agents separating children from their parents when they are caught at the U.S. Mexico border. Nearly 2,000 minors were separated from their families in six weeks.

Border Protection said the 10-year-old girl and her brother are currently in the custody of the Office of Refugee Resettlement and that officials are working with the Department of Justice to reunite the mother with them as soon as possible.

“This smuggler has a criminal history including a flight, escape, aiding and abetting making it important that we prosecute,” the agency said. 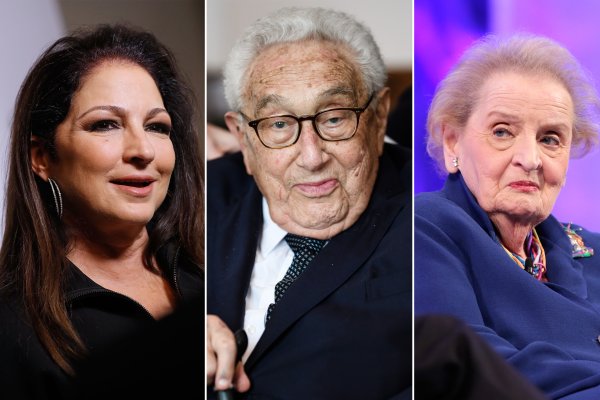 5 Refugees Who Changed U.S. History
Next Up: Editor's Pick