U.S. Border Patrol agents check passports at the Paso Del Norte Port of Entry, where the U.S. and Mexico border meet, as people walk across the bridge to enter the United States on June 20, 2018 in El Paso, Texas.
Joe Raedle—Getty Images
By Maya Rhodan

Apprehensions at the U.S.-Mexico border fell in June amid the Trump administration’s “zero tolerance” policy, under which any person caught crossing the border illegally is criminally prosecuted.

There was an 18% drop in illegal border crossings between May and June, according to new data from U.S. Customs and Border Protection. A total of 34,114 migrants were apprehended at the border in June, down from 40,338 in May and 38,243 in April.

The decline follows months of upticks in crossings this year after historic lows in 2017. Border crossings are still far below the peak that was reached in decades past.

Department of Homeland Security Press Secretary Tyler Houlton referred to the “zero tolerance” policy in a Thursday statement about the new figures.

“As we have said before, the journey north is dangerous and puts individuals in the hands of smugglers and traffickers,” Houlton’s statement reads. “We continue to call on Congress to address the crisis at the border by closing legal loopholes that drive illegal immigration.”

Attorney General Jeff Sessions announced this past spring that officials would be implementing the zero tolerance policy as a way of getting tough on illegal immigration. The policy faced intense backlash because it led to the separation of thousands of children from their parents at the border, as children could not be incarcerated with their parents.

President Donald Trump signed an executive order in June to curtail the practice of separating families. Still, as many as 3,000 kids remain in federal custody away from their parents. As of last week, the administration is under a court order to reunite families within a short timeframe. 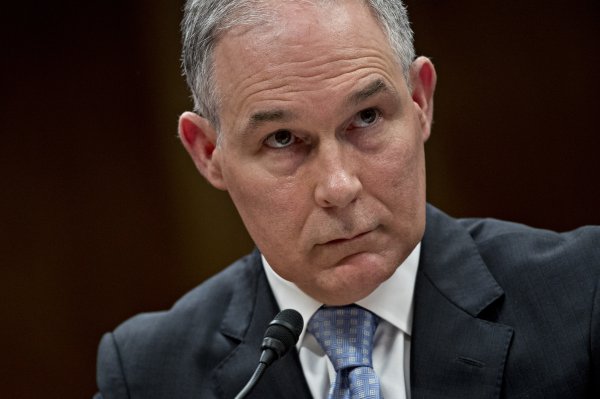 Scott Pruitt Has Resigned As Head of the Environmental Protection Agency
Next Up: Editor's Pick