“Immigration is the system that brought you Albert Einstein, Yo Yo Ma and me,” said John Oliver on Sunday’s Last Week Tonight. Immigration is one of the issues that President Donald Trump campaigned on, claiming that “the country is full” and arguing for a border wall. While Trump and the Republican Party don’t like immigration in general, they tend to agree that legal immigration is acceptable, or as Sen. Ted Cruz summed up, “Legal good, illegal bad.” As a legal immigrant, Oliver shared his insights and debunked many of the myths behind the complicated and convoluted system.

First, there are country caps for most types of “green cards” that allow for lawful permanent residency. These numerical caps limit the number of people coming from any one country, which in effect, Oliver explains, means the same number of people can immigrate from big countries like China as from tiny Malta. In addition to the country caps, there are four main routes to permanent residency or citizenship, according to Oliver: family, employment, good luck (visa lottery) and bad luck (asylum).

One of the main ways that people can legally immigrate to the U.S. is when citizens sponsor close family relatives (children, parents or spouses). It’s what Trump calls “chain migration” and supports limiting, although, as Oliver notes, Melania Trump sponsored her parents to come live in the U.S.

Another pathway is through work visas, which is how Oliver first came to the U.S. Oliver explains that he is in the U.S. on an O-1 Visa “which is for person with extraordinary ability in the arts”—and yes, Oliver knows what you are thinking and has a two word retort for you. Work visas are usually only temporary, though. “Think of getting a work visa as getting a backstage pass to see BTS,” said Oliver. “Sure it will allow you to hang around a bit, but you’re probably not going to end up becoming part of the band.” Oliver explained that before he got his green card, he was stuck in “endless costly hoops”, forced to leave the U.S. every 11 months, and “constantly worried” that he wouldn’t be able to come back. When he finally got a green card he nearly burst into tears because he had been so worried for so long.

The “diversity visa lottery” is also an option, if you are extremely lucky. In 2017, 22 million people applied, they were all are vetted, and then only 50,000 were chosen. “Your odds of winning that lottery to come into the country are about the same as your odds of getting shot once you get here,” Oliver said.

Finally, refugees and asylum seekers (a.k.a. those with bad luck) are able to apply for legal immigration. Historically, the U.S. has led the world in terms of accepting more refugees annually than any other country. That has changed under Trump, though, whose administration is reportedly weighing whether to cut the number of refugees to zero next year, which Oliver notes is “a level of indifference to human suffering rivaled only by robots and housecats.”

The Trump Administration is cutting all of the options for legal immigration, resulting in what some advocates call “the invisible wall”. If you’re going to tell people to “get in line” to be a legal immigrant, Oliver said, “you should at least make sure they actually have a line to stand in.” According to Oliver, if Trump has his way the only people who will be able to come to the U.S. are “rich Norwegians and future wives.” 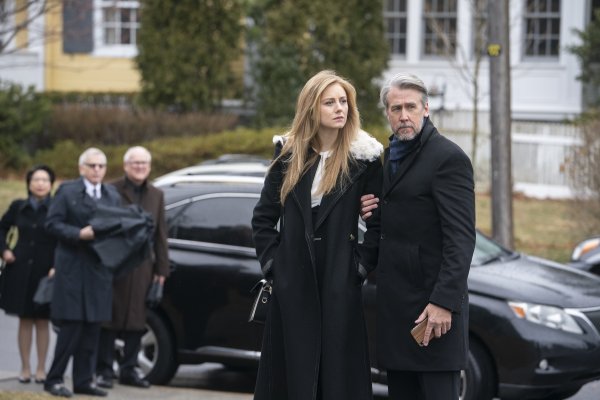