Angelina Jolie: Climate Change Is Already Displacing Millions of People. It's Our Responsibility to Help Them

Apisai Logaivau and his family were relocated from their village due to the effects of climate change. Vunidogoloa was the first place in Fiji to relocate, but it won't be the last.
Christopher Gregory for TIME
Ideas
By Angelina Jolie
Jolie, a TIME contributing editor, is an Academy Award–winning actor and Special Envoy of the U.N. High Commissioner for Refugees

The technological sophistication of modern life masks a simple reality: we all need oxygen, water and food to survive. But the divide between those who have the resources they need to exist and those who don’t only continues to grow. And with the growing specter of climate change, people who live in vulnerable regions like Oceania—the countries and territories within the southwest Pacific Ocean—face the loss of their livelihoods, homes and future.

Twenty-four million people globally are displaced within their countries each year on average because of climate- and disaster-related causes, and it’s only getting worse: the likelihood of any of us being displaced in this way is twice what it was in the 1970s. This comes on top of unprecedented levels of forced displacement worldwide because of conflict and persecution.

If unchecked, climate change and environmental degradation have the potential to exacerbate global displacement beyond anything humanity has ever experienced, with low-income countries and fragile states set to bear the brunt of the impact. According to the Intergovernmental Panel on Climate Change, a rise in sea levels by 1 m could cause Bangladesh to lose an estimated 17.5% of its land. A similar rise in sea level could put 3 million people in northern Nigeria at risk of displacement. How are we preparing for this? Better still, how are we working to prevent it?

More than 40 million people live in Oceania. In 2018, the region—which spans Australia and the islands that make up Micronesia, Polynesia and Melanesia—had its third warmest year on record. Many of the islands that make up this region are particularly vulnerable to rising temperatures and sea levels, two of the many consequences of climate change. If these places are lost under the waters or become uninhabitable, humanity will lose so much: wildlife, natural resources, unique cultures, languages and values. But the people who live there will lose everything.

From my experiences meeting refugees all around the world, whenever people are displaced, their first instinct is to seek a practical local solution inside their own country. Only when that is not sustainable do they usually cross a border. And even then, they tend to remain in their region.

About 80% of all refugees—people who have fled conflict or persecution in their countries—are living in nations neighboring their nations of origin. Fewer than 1% of refugees are permanently resettled in foreign countries.

The majority of refugees I have met want to return home and resume their lives. But what if there is no longer a home to go back to? What if your home is underwater? If the island where your family and people have lived for centuries has sunk under the rising oceans? Whom do you turn to for help? What happens to your culture, your livelihood, your citizenship and your country’s continued existence as a nation-state?

We are at a unique moment in history. As deserts advance, forests are felled, sea levels rise, and extreme weather events become more frequent and more destructive, we have a small window to identify the danger and work to bring order to chaos. There is a lot we can do to avert or help mitigate the worst-case scenarios: reduce emissions, and help countries adapt or prepare so people are not forced to leave their homes because of sudden disasters or slow-onset climate crises.

Members of the Salesa family, photographed in Funafuti, Tuvalu, on May 17. Their home floods four or five times a month, when the high tide comes in.
Christopher Gregory for TIME

The United States should have a vital interest in helping to develop solutions. Our security is affected by global instability. And we have invested for generations in the development of poorer nations. Instead, the U.S. has declared its intention to withdraw from the Paris Agreement—likely denying us a seat at the table to influence and contribute to international decisions on these issues.

And in many countries, long-standing commitments to the legal rights and protection of refugees are being called into question. Climate-change effects increasingly interact with drivers of conflict, exacerbating refugee situations in countries like Chad, Sudan and Somalia. In such situations, refugee-law frameworks may apply. But ignoring our legal responsibilities toward refugees will only deepen human suffering and heighten global displacement. The new Global Compact on Refugees, adopted this year by the U.N. General Assembly, puts forward new international arrangements for sharing responsibility for refugees.

International cooperation will also be key to preventing, mitigating and resolving climate-related displacement. Many people displaced by climate change do not qualify as refugees, but how they are treated will affect the future stability of the world.

Tuvalu has called for a U.N. resolution to create a legal framework to protect the human rights and lives of migrants displaced by climate change. At a meeting in the country this summer, leaders from several Pacific islands reaffirmed their commitment to imple­menting the Paris Agreement and called on the international community to take urgent steps to keep warming below 1.5°C.

These nations view climate change as the single greatest threat to their populations. The urgent message from our most vulnerable nations should inspire the rest of the world to act. The Universal Declaration of Human Rights—the foundation of international human-rights law—makes clear that the rights of the citizen of a small island state, or a herder in a drought-affected part of Africa, rank equally with yours or mine. Yet in practice, they don’t. It’s a form of discrimination hardwired so deeply into our world that we are largely unaware of it.

While we in America do not face the imminent prospect of our entire homeland and culture drowning under surging seas, as many young Pasifika, or Pacific islanders, do, our country has a far bigger voice in decisions affecting the future of the environment than the people for whom this is already an existential question. Seen in this light, standing on the sidelines of global efforts is not a morally neutral position: it will negatively affect the lives of millions of people.

A nation of use only to itself is not a leading country. As Americans, we have rarely feared exercising our influence on global questions affecting the peace and security of the world as well as our own prosperity. A changing climate should be no different. In the past, America has been a country defined by vision. That still must be our greatest asset. 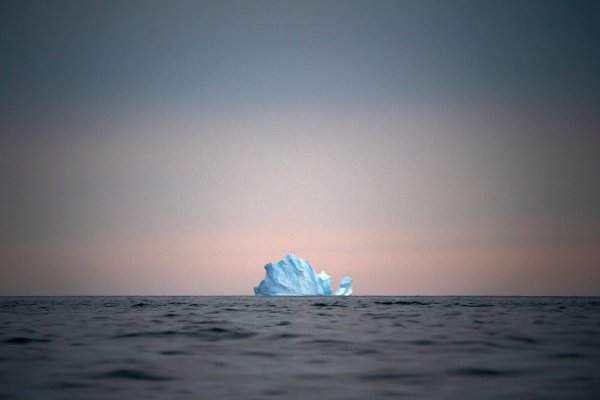 Jane Goodall: These 4 Issues May Not Seem Related to Climate Change. But They Are and We Need to Solve Them Now
Next Up: Editor's Pick