He Was Wounded in the El Paso Shooting and Lauded for His Bravery. Now Police Say His Heroic Story Isn't True

In the East Room of the White House, Donald Trump presents a Certificate of Commendation to Mimi Grant on behalf of her son, Christopher.
The Washington Post—The Washington Post/Getty Images
By Jasmine Aguilera

Last month, still attached to hospital monitors, 50-year-old Christopher Grant told CNN’s Chris Cuomo how he was shot on Aug. 3 inside of a Walmart in El Paso, Texas. Now, police are saying parts of his story doesn’t reflect what’s on surveillance footage.

In the CNN interview, Grant described seeing the shooter’s face, hearing people prayed in Spanish for their safety, how a Customs and Border Protection officer saved his life and how he attempted to deter the shooter by throwing bottles of soda at his direction.

Grant was indeed shot twice near his rib cage, according to The El Paso Times, and his sister shared on Facebook that he underwent at least two surgeries. “God Bless the families that lost their loved ones, my heart is breaking for them,” she wrote.

Grant was celebrated for his actions, and covered by media outlets nationwide, including a short mention by TIME.

Grant and his family were invited to The White House so that he could be recognized for his alleged act of heroism. As he and his family arrived to meet the President on Monday, the U.S. Secret Service (USSS) arrested him. While it was first reported by the Washington Examiner. Washington D.C. police confirmed to TIME that a man named Ernest Christopher Grant was detained on Monday. Mug shots of arrests in Texas under the name of Ernest Christopher Grant match images of Grant taken by CNN and shared on Facebook by Grant’s family.

El Paso Police Department (EPPD) spokesperson Sgt. Enrique Carrillo tells TIME that Grant had a warrant for his arrest and was a “fugitive from justice,” but the warrants were not issued by the EPPD and Carrillo could not provide the agency where the warrants originated.

Grant could not be reached for comment and his sister, who attended the ceremony according to her Facebook profile, did not immediately respond to TIME’s request.

A USSS spokesperson confirmed to TIME that a visitor to The White House was arrested on Monday, but would not release the name per protocol. “It was subsequently determined that while the arrest warrant was still active, the agency that issued the warrant would not extradite, at which time the individual was released from Secret Service custody,” the spokesperson said in a statement. He was not charged.

What’s more, the EPPD says Grant’s story about throwing bottles at the shooter doesn’t align with surveillance footage of the events that day.

“Mr. Grant’s actions were captured on video, but they do not reflect his account to the media outlet [CNN],” Carrillo said. “It contradicts his statements, in fact… [H]e did not take any action towards the shooter.”

Carrillo said surveillance footage shows Grant acting in “a manner of self-preservation, as best as I can describe it, and nothing else.”

“I’m not demeaning his actions,” he added.

Carrillo said there was no prior communication between USSS and EPPD about Grant, so Grant’s arrest was not connected to the EPPD detailing what they say are his false statements to CNN. EPPD added that officials only revealed information on what was found in the surveillance footage after Grant was arrested by USSS and reporters began requesting information.

At the Monday White House ceremony honoring five heroic El Pasoans and six police officers who responded to Dayton, Ohio, mass shooting, Grant’s mother stood in for her son to accept a certificate of Heroic Commendation. There, President Donald Trump praised Grant for the actions he described to CNN.

“Chris grabbed — listen to this — soda bottles and anything else in front of him and began hurling them at the gunman distracting him from the other shoppers and causing the shooters to turn towards Chris and fire at Chris,” President Trump said at the ceremony. “Whereby Chris suffered two very serious gunshot wounds, but he is recovering well and we wish him the best, his family is here.” 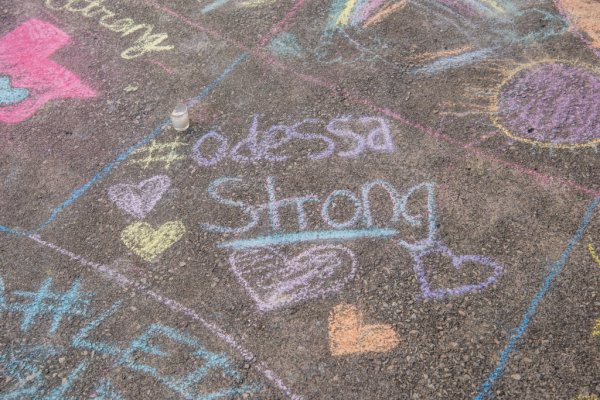 Experts: Millions Get Guns Through Loopholes
Next Up: Editor's Pick