There's a Full Moon Due on Friday the 13th for Most of the U.S. The Next One Isn't for Another 30 Years

The next full moon is set to make an appearance on the most ominous date on the calendar this month.

A September full moon, also known as a “Harvest Moon,” will be visible to many Americans this Friday the 13th.

According to NASA, the moon will be full early Saturday morning, Sept. 14, at 12:33 a.m. EST, but for those who live in the Central, Mountain and Pacific time zones, the full moon will be visible shortly before midnight on Friday the 13th.

NASA says that the moon will appear full for about three days centered around this time — from Thursday night through Sunday morning.

On average, the Farmers’ Almanac says a Friday the 13th full moon is a 20-year occurrence.

As you might expect, September’s full moon is called the “Harvest Moon” because it comes at the peak of harvest season.

According to NASA, this moon has historically been especially helpful to farmers who relied on moonlight during harvest season. Although the moon traditionally rises about 50 minutes later each night leading up to a full moon, in the days leading up to September’s full moon it generally rises just 25 to 30 minutes later across the northern U.S., and only 10 to 20 minutes later for much of Canada and Europe.

The moon will also appear about 14% smaller because of its distance from Earth, which led to the September full moon’s additional nickname: “Micro Moon,” according to the Almanac.

“Micro Moon” is a sort of opposite phenomenon to a “Supermoon,” which makes the Moon appear larger in the night sky because it is orbiting especially close to Earth.

September’s full moon nearly lines up with the point when the moon’s orbit is farthest from Earth—a point known as “apogee,” which the Almanac says is a distance of about 252,100 miles away. 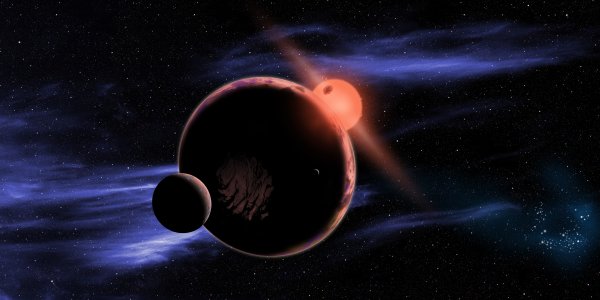 Why This Earth-Like Planet is a Big Step Forward in the Search for Life
Next Up: Editor's Pick