Tonight's Super Snow Moon Will Be the Biggest Supermoon of 2019. Here's How to Watch

Good news for sky watchers and selenophiles, tonight’s full moon is set to be the biggest and brightest of the year, according to NASA. The “super snow moon” as it is being called, will cross the skies this Tuesday evening, Feb. 19.

While the “super snow moon” won’t be the extravagant astronomical spectacle that January’s “super blood wolf moon eclipse” was, it will be larger and brighter, and definitely command attention in the sky. If that isn’t enough, the subsequent full moon in March will also be a “supermoon,” rounding off 2019 with a total of three “supermoons.” In a given year, between two and four full moons can be classified as “supermoons.”

While much of the world has already gotten a chance to see the biggest full moon of the year, for those in the U.S. it’s not too late. Here’s what to know about tonight’s “super snow moon” — and when the best time is to see it.

18 February 2019, Baden-Wuerttemberg, Stuttgart: A crow sits on the golden stag of the sculptor Ludwig Habich on the roof of the art building at the Schlo'platz in front of the almost full moon.
Sebastian Gollnow—Sebastian Gollnow/picture-alliance/dpa/AP Images

What is the super snow moon?

A “supermoon” is when a moon is simultaneously full and at its perigee, the point in its orbit when it is closest to Earth. When this happens, the moon appears larger and brighter in the sky. The moon’s orbit is not a perfect circle, due to gravitational forces from both the sun and the Earth, and thus varies in distance from the Earth throughout the year. The point in its orbit when the moon is farthest from Earth is known as the apogee, and appears to be smaller in the sky.

The term “snow moon” is the historic name given to the second full moon of winter by certain Native American tribes in the U.S., according to NASA. It is called the snow moon due to typical snowfall during this time of year. Heavy snowfall is also the reason for its alternative and more grim name, the “hunger moon.”

Feb. 19, 2019. Russia's state symbol, the double-headed eagle, is pictured against the full moon, in Moscow, Russia.
Maksim Blinov—Sputnik via AP

When can people see the super snow moon?

The moon technically reached peak fullness this morning, Feb. 19, 2019, at 10:54 a.m. EST, but wasn’t be visible to at that time for those in the U.S. Instead, you will have to wait for moonrise, which will occur between 5:30 and 6:30 p.m. local time (for precise timing go here). If you are hoping to capture a good “supermoon” photo, catching the moonrise is your best bet. Due to an optical illusion, the moon appears larger to us the closer it is to the horizon.

19 February 2019, Hessen, Frankfurt/Main: A passenger plane is landing at Frankfurt Airport, while the full moon is rising in the background.
Silas Stein—Silas Stein/picture-alliance/dpa/AP Images

In other parts of the world, people have already captured incredible photos of the “super snow moon” and shared them across social media:

When is the next full moon?

The next full moon will be on March 20, and while it is also going to be a “supermoon” it won’t be quite as big as this one. And while you will have to settle for normal-sized full moons for the rest of 2019, there are still a few more moon-related astronomical events to look out for this year.

July 2: If you happen to find yourself in Chile or Argentina in early July you can catch a glimpse of a total solar eclipse (just be sure to wear eclipse glasses.)

July 16: A partial lunar eclipse will be visible to people in much of Europe, Asia, and in regions of North and South America as well. 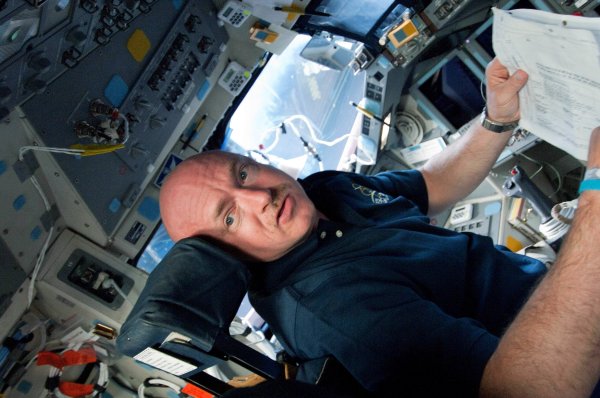 Mark Kelly Wouldn’t Be the First Astronaut-Politician
Next Up: Editor's Pick