The so-called Full Buck Moon is on the horizon — so get ready to enjoy the show. As astronomy buffs might already know, this month’s full moon is due on July 16, and brings with it a partial lunar eclipse that’s expected to be visible on every continent around the world, except North America, according to NASA.

The first full moon of summer is indeed named after a male deer, who generally grow their new antlers in July. So grab blanket, find a secluded spot and get ready to enjoy summer’s latest lunar marvel.

Here’s everything to know about this month’s Full Buck Moon.

What is a Full Buck Moon?

According to a NASA blog, the Maine Farmer’s Almanac first named the full moons in the 1930s, printing a list of Native American names for each full moon of the month. The names are mostly derived from the Algonquins —whose land spans from New England to the Great Lakes — and the group named this month’s Full Buck Moon after the male deer who grow their new antlers in July. This moon is also sometimes known as the Thunder Moon because of the stormy weather during the summer months, as well as the Hay Moon because of July hay harvests.

The Full Buck Moon, like all full moons, occurs when the moon is fully behind the Earth, allowing the sun to illuminate it.

When will I be able to see the full moon?

While the moon typically appears to be full for a few days, Space.com says that scientists do not consider the moon to be full unless it is exactly 180 degrees from the sun. That moment will occur this month on Tuesday, July 16, at 5:38 pm.

Is there also going to be a lunar eclipse during the full moon?

Yep. There will be a partial lunar eclipse on July 16. It will be at least partially visible in Australia, Africa, South America and parts of Europe and Asia. Unfortunately for North Americans, the continent will almost entirely miss the eclipse. If you still want to watch the eclipse from afar you can follow a livestream on timeanddate.com. The eclipse will begin at 2:43 p.m. ET and last until 8:17 p.m., with maximum coverage at 5:30 p.m.

When’s the next full moon?

The next full moon will be on August 15 at 8:29 am. According to National Geographic, this one is named the Full Sturgeon Moon after the fish that were historically widely available to catch that month. It’s also known as the Green Corn Moon and the Grain Moon.

The original version of this story misstated the day of the week that falls on July 16. It is a Tuesday, not a Thursday. 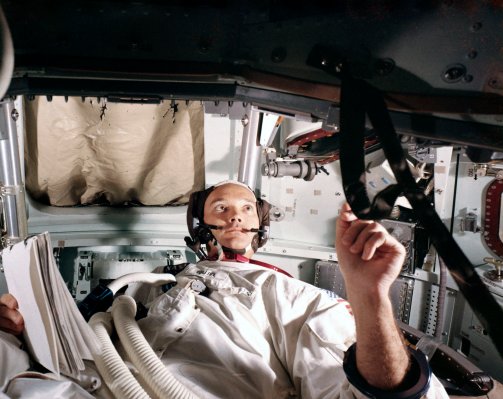 Apollo 11 Had 3 Men Aboard, But Only 2 Walked on the Moon. Here’s What it Was Like to Be the Third
Next Up: Editor's Pick