The True Story Behind the Netflix Series The Spy

Around the world, there are few spy agencies that inspire the level of intrigue that Israel’s Mossad does. And among its agents, there are few, if any, that have achieved the status of Eli Cohen, who in the mid-1960s posed as a wealthy Arab businessman for years in order to infiltrate the highest levels of the Syrian regime and send invaluable intelligence back to his Israeli handlers.

Cohen’s story is recounted in The Spy, a six-episode Netflix miniseries premiering Sept. 6 from creator Gideon Raff, whose movie The Red Sea Diving Resort premiered on the streaming service in July. Sacha Baron Cohen, best known for comedic roles in Borat (2006) and the Emmy-nominated Showtime series he created, Who is America?, is cast against type as the legendary secret agent. The series depicts Eli Cohen’s transformation from office clerk to Mossad operative to Syrian political power-player in a daring tale of espionage that plays more like something out of a James Bond thriller than a history book. The remarkable part, of course, is that it really happened. Here’s the true story behind The Spy.

Who was Eli Cohen?

Eliyahu (Eli) Cohen, an Egyptian Jew, was born in Alexandria in 1924. As a young adult, he worked within Egypt to secretly assist other Egyptian Jews in emigrating to Israel. Cohen later became part of an Israeli spy network in Egypt, which was uncovered and dismantled by Egyptian authorities in 1954.

Arriving in Israel after the 1956 Suez Crisis, Cohen volunteered to join Israel’s military intelligence but was turned away. The Spy picks up after those events, with Cohen struggling with the bland realities of civilian life. But in 1960, facing an increasingly tense border situation with Syria, Israeli intelligence recruited Cohen, training him for more than six months in Israel before sending him off to gain acceptance in the Syrian expat community in Buenos Aires, Argentina, under a new alias, Kamal Amin Thabet.

What did Eli Cohen do as a Mossad agent?

In South America, Cohen (or Thabet, as his Syrian associates would have known him) posed as a wealthy businessman. He succeeded in gaining the friendship of many influential members of Syria’s community abroad before traveling to Damascus in early 1962 carrying their invaluable letters of introduction. There, he carried on a high-powered social life, holding parties at his home that were attended by high-ranking Syrian officials, whom he was able to subtly ply for information.

Those connections enabled Cohen to collect more than political gossip. His new friends invited him to tour Syrian military bases and, as depicted in The Spy, to extensively visit the regime’s fortifications on the Golan Heights, a strategically valuable piece of land that Israeli would later seize in the 1967 Six-Day War. And as Cohen burrowed deeper and deeper into Syria’s political and military hierarchy, he continuously sent intelligence updates back to his handlers across the border, either tapping out dispatches in Morse code, or smuggling documents out through Europe.

In the show, Cohen skillfully establishes himself within the Syrian community in Buenos Aires, eventually meeting Colonel Amin al-Hafez (Waleed Zuaiter), a high profile Syrian officer put out to pasture in Argentina as Syria’s military attaché. The real Amin al-Hafez really did befriend Cohen in South America. Later, after Hafez returned to Syria and toppled the ruling government with a group of Ba’athist conspirators in 1963, Cohen, by that point in Syria, reaped the benefits. Hafez, who became Syria’s president, accepted expensive gifts from his apparently wealthy friend, invited him to banquets and even prepared to appoint him as Syria’s defense minister, all the while inadvertently providing the Israeli agent a level of access to the Syrian regime that the Mossad could only have dreamed of.

What is the Ba’ath Party?

The Spy shows Cohen growing close to Hafez and a group of Syrian conspirators known as the Ba’ath Party, who are preparing to seize power in the country. In real life, the group of radicals took power in Syria in March 1963. The Ba’athists were a group of primarily secular Arab nationalists who opposed colonialism and promoted socialism, militarism and Arab unification. General Hafez al-Assad, who ruled Syria from 1970 to 2000, was a Ba’athist, as is his son, Bashar al-Assad, who became president after his father’s death. And a month before Ba’athists took power in Syria, another group of Ba’athists took over Iraq. The Iraqi Ba’athists were removed from power within a few months, but they returned in 1968 under their leader Saddam Hussein, who went on to rule the country for decades.

Israeli spy Eli Cohen (L) and two other unidentified co-defendants during their trial in Damascus, ten days before his execution.
AFP/Getty Images

What happened to Eli Cohen?

In late 1964, Cohen went home to Israel for leave. When he returned to Syria, the spy again began transmitting coded dispatches to the Israelis, often broadcasting at the same time each day, an error that would make it easy for Syrian counterintelligence to trace his transmitter. Likely aided by Soviet radio-detection equipment, Syrian soldiers broke into Cohen’s apartment in early 1965 and caught “Thabet” in the middle of a transmission to Israel. The Israelis, European governments and even the Pope asked the Syrians to spare Cohen’s life, but to no avail. He was brutally tortured, then sentenced to death and hanged in Damascus on May 19, 1965. 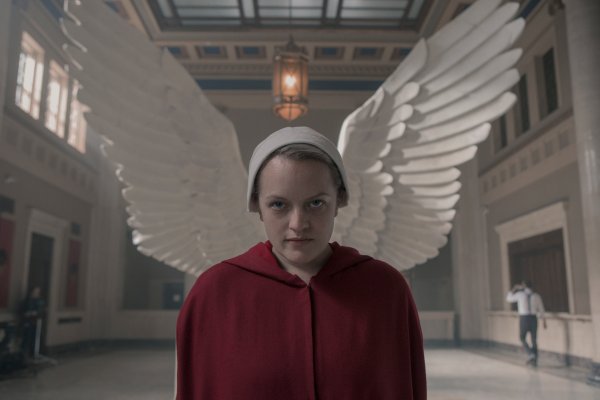 Exclusive: Hulu and MGM Are Developing Margaret Atwood's The Testaments for the Screen
Next Up: Editor's Pick