'Brute, Naked Fear.' How Bashar Assad Is Using His Family's Old Tactics to Regain His Grip on Syria

A picture of Syria's embattled President Bashar Assad sprayed with red paint lies on the ground next to a Russian flag about to be set on fire by protesters opposed to the Syrian regime during a demonstration outside the Russian embassy in Beirut on February 5, 2012.
Anwar Amro—AFP/Getty Images
By Joseph Hincks

In August 2014, weeks after rigged elections returned Syrian President Bashar Assad a mandate to continue holding the office he had inherited from his father, Syrian border officials denied American-Lebanese journalist Sam Dagher re-entry into the country.

A senior Wall Street Journal correspondent and the last Western reporter permanently based in Damascus, Dagher had reported on how Assad’s decisions directly contributed to the rise of ISIS, and how the regime starved rebel-held suburbs after it had attacked them with chemical weapons. But it was his coverage of the June elections that constituted “the point of no return,” he says, “I was reporting on the spectacle, not only saying it was a sham but also showing it.”

Barred from re-entering Syria, Dagher later traveled to Paris where he met Manaf Tlass, a confidante of Assad and former Brigadier General in the Syrian Republican Guard until his high profile defection in 2012. Manaf’s father, the late Mustafa Tlass had been a pillar of the Ba’ath party establishment, unwaveringly loyal to Basher’s father, Hafez Assad, and served as his defense minister for 30-years.

Dagher’s meetings with Manaf Tlass sowed the seeds for his book Assad or We Burn the Country, published May 28. In a conversation with TIME he discussed how the regime burnished Bashar’s image after Hafez handed him power in 2000 and how alongside his wife Asma — subject of a fawning Vogue profile published in 2011 — the British-educated ophthalmologist attempted to cast himself as a reformist. But in copying his father’s methods of crushing dissent, he caused a war that has killed more than 500,000 people. This interview has been edited for length and clarity.

What motivated you to write Assad or We Burn the Country?

I felt like there wasn’t a sufficient understanding of this family’s role in the Syria story. People got into the Syria story through the Arab Spring and the revolt but it was a very simplistic narrative: it happened in Tunisia, it happened in Egypt, now the Syrians are rising up and when the regime refused to go so it became a civil war. Then attention shifted to ISIS and the refugee issue. What was missing was a deeper understanding of why Syrians rose up in the first place, how this family ruled over them for 50 years, and the role of its allies, particularly Iran. I felt there was a need to step back and look at the whole picture if we wanted to address the problems emanating from Syria.

What have Western countries most consistently misunderstood about Syria?

Western countries relationships with Syria have largely been driven by whatever interests they had in the region at any given moment. During the Cold War, the U.S. agenda was how do we get Hafez Assad on our side? When the civil war started in Lebanon, the Americans wanted him to protect the Christians. And in the early 1990s, the American agenda was to amass this coalition to go after Saddam. Bashar was cooperating with the U.S on intelligence sharing before the invasion of Iraq, after 9/11. But when he realized they might be going after him he calculated that he had better start a pre-emptive war in Iraq to protect the regime. American calculations changed again because they needed to save face in Iraq, so there was a re-engagement period between 2007 and 2010. The Assad regime knows how the West deals with this part of the world and it can wait because it figures it’s not going anywhere. I’m not advocating military intervention to topple the regime. I’m just saying that all these countries have to take history into account when they decide to engage with Syria.

Towards the end of the book you show how a regime that killed activists who posted anti-Assad messages on social media is now using those same platforms to rebuild Bashar’s image. Is that even possible?

He’s trying hard but it’s going to be difficult. The regime understands there’s only so far it can go with rehabilitating Bashar’s image, even domestically. What they’re doing instead is relying on their old trick: brute, naked fear. I’ve heard from a number of Syrians that the regime’s message to them is “we’re on top of you again.” They’ve re-instated a lot of the statues of Hafez, the Mukhabarat [secret police] is telling people we’re back, you’d better watch what you say. In terms of the West, some countries have re-engaged with the regime but it’s mainly intelligence sharing at this point. I don’t see Bashar and Asma being able to pull off a rehabilitation of their image.

Russia and some Western commentators have suggested there is more public support for Assad than has been acknowledged. What sense do you have of Syrian public sentiment toward the regime after Assad’s victory?

People are making pragmatic choices but I don’t think that tells the whole story. You have to remember that half of the population is either internally displaced or abroad and most of these people do not support Assad. Inside Syria, the Alawites [ a minority sect to which Assad belongs, whose faith derives from a strain of Shi’a Islam] sacrificed the most for this regime in terms of providing the fighting forces to defend it and they openly support Assad. But for many, they were not defending Assad, they were defending themselves against an existential threat. The same applies to other minorities: many Christians and Druze [a religious minority] sympathized with the protesters and took part in at least the peaceful period of the protests before they realized, yes, the regime may be awful but look at the other side. Even the Sunnis came to that conclusion—but it was more like resignation than support. A lot of urban Sunnis are now questioning the benefits of Assad’s victory and starting to have second thoughts.

Whether it’s Saudi Crown Prince Mohamad bin Salman (MBS), Egyptian President Abdel Fattah el Sisi, or Libya’s Khalifa Haftar, the notion of “a man we can do business with” seems to persist. Have any lessons have been learned from Syria?

I’m glad you brought up MBS because the script has been pretty much the same as it was with Bashar. In the late 1990s, all these articles were written before Bashar took power, touting him as a young reformer. There was actually a headline for a story on Bashar in a Saudi-owned newspaper, “reform under the umbrella of continuity and stability”, that was almost exactly the same as the one they used for MBS years later. The leverage that the Saudis have are contracts and money and oil. The leverage the likes of Assad have is terrorism and refugees: always reminding Europe and the U.S. that if you come after us it’s going to be the refugees and the terrorists again. So, these countries calculate that they had better just shut that door. You hear statements from Europe like, let the Syrians figure it out for themselves, it’s not our problem. With Iran and Russia behind him, Bashar’s grip on the country is too tight for that to work, unfortunately.

One of your most important sources was Manaf Tlass, who defected in 2012. How did that relationship come about?

I first met Manaf in Paris in 2014 for an article I was writing for the Wall Street Journal. I was aware he was a controversial figure but I think he offers invaluable insights into the regime. The Tlass family, alongside the Assads, helped build the regime that has been at the helm of Syria for 50 years. It was certainly a difficult process. Manaf sees himself as a hero who was misunderstood and wasn’t given a chance by the West, somebody who challenged Bashar and refused to participate in the killing of Syrians. He thought the book was going to help people understand his motivations. I made it clear that I would be looking at the full picture rather than trying to clear his family name. His wife was completely against him talking to me. She even asked to meet with me to dissuade me from pursuing this.

What’s the key message you’d like readers to take away from Assad or We Burn the Country?

The Assad family’s atrocities and crimes concern the whole world not just Syrians. The most important element for me is the similarity between what Bashar did and what his father did. Under the pretext of fighting terrorism Hafez massacred civilians in Hama in 1982 and later Bashar used the same excuse to go after those who were defying him. Both went after the peaceful activists first, vilifying them and putting them all together in the same category as terrorists, then there was the collective punishment. It’s the same playbook. Even the torture methods were similar. So were the reactions of some other countries. During the Hafez era the U.S. was saying, OK, this is an awful regime, look at what they’re doing to their people, they’re sponsoring terrorism abroad, but we have all these other problems to deal with so maybe we shouldn’t make as much of a big deal out of it. We heard variations of this after 2011 especially as the conflict became bloodier. The book also helps people understand the methodology behind the regime’s image-making, the tools of its deception. I think that aspect is not well understood—how they have gotten away with murder so far.

Assad or We Burn the Country: How One Family’s Lust for Power Destroyed Syria (Little, Brown) is published May 28 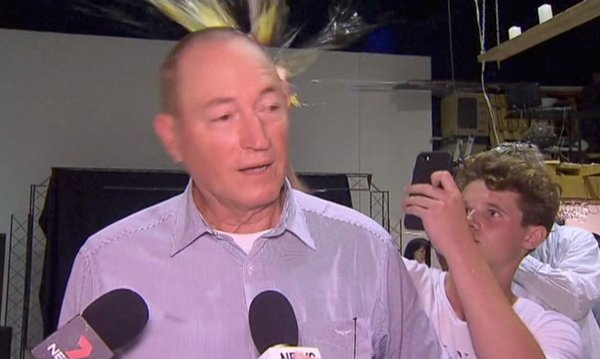