That much was abundantly clear when he took the stage at the 2019 MTV Video Music awards in Newark, New Jersey on Monday night.

Clad in his now-iconic red cowboy sharp suiting alongside his partner in collaboration crimes Billy Ray Cyrus, applause erupted as he accept the award for Song of the Year.

“Hold on,” he said putting on his glasses. “Thank you, thank you so much. This is my first award ever. And I want to say thank you to this man [Billy Ray Cyrus] for helping me take my career to the next level, and I got a little speech.”

And then, he unrolled a scroll. “Little,” it was not.

Visual gag deployed, that was the end of his acceptance speech before he kicked it over to Cyrus. But the internet saw to fixing that. It wasn’t long before the scroll moment became a GIF’d extending its life on Twitter..

It was even longer than a CVS receipt so naturally, it was ripe for memedom.

The Cheesecake Factory menu was never supposed to be a part of Lil Nas’s speech, and neither were a bunch of other things that quickly took over the internet in meme-form.

Lil Nas X’s ubiquitous country rap song “Old Town Road,” spent a record-shattering 19 weeks atop the Billboard charts. He is the first and only artist in chart history to have dominated so long with just one song, even dethroning Mariah Carey and Boyz II Men’s “ONe Sweet Day” and Luis and Daddy Yankee’s “Despacito” with Justin Bieber in one fateful summer.

He even got in on the fun, captioning a photo of himself and another summer 2019 monarch, Lizzo with the caption “nope.”

See below for the best Lil Nas X scroll memes from the 2019 VMAs. 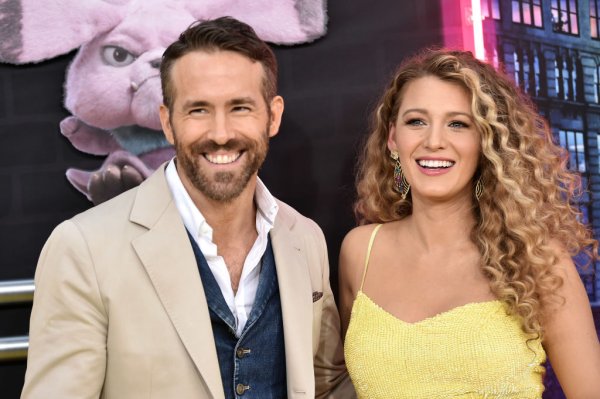 Here's Ryan Reynolds and Blake Lively Trolling Each Other
Next Up: Editor's Pick