Former President Barack Obama has tweeted out his summer playlist, in case you needed some auditory inspiration for the last few weeks of the season.

The artists featured — who span the likes of The Black Keys to Frank Sinatra and Beyoncé to Ella Fitzgerald — show the former Commander-in-Chief is keeping himself up to date with the 2019 charts, but with one foot firmly planted in dad music territory.

Obama recently shared his summer reading list, which included authors like Toni Morrison to Nicholas Carr, and now the 44th POTUS has offered insights into his and Michelle Obama’s favorite jams. Many of the artists included were, understandably, thrilled.

Lizzo tweeted about the mention of her song “Juice” at number 6 on Obama’s playlist in all caps with a surfeit of exclamation points, while Lil Nas X offered a wild photoshoppped image of a shirtless Obama in a silver cowboy suit.

Tracks the Obamas have had on repeat also included the Shawn Mendes and Camila Cabello duet “Senorita,” “Go” by The Black Keys, and, of course, “Old Town Road.”

Some of the artists included on Obama’s list have reportedly also asked his successor, Donald Trump, not to play their music at his political rallies, including Rihanna and The Rolling Stones. 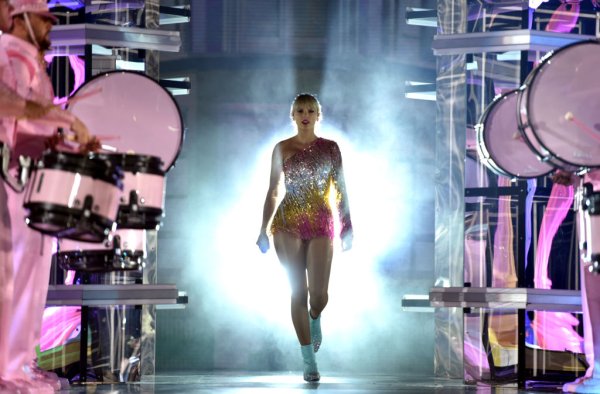 Analyzing Every Song on Taylor Swift's New Album 'Lover'
Next Up: Editor's Pick