'Old Town Road' Signs Keep Getting Stolen. Here's How This Quaint College Town Is Dealing With the Thefts.

A small, idyllic Eastern college town has a problem: Wellesley, Massachusetts has long been home to a quiet residential street named “Old Town Road.” But thanks to the supernova popularity of the song by the same name from rapper Lil Nas X, the signs that identify this quaint street have become a target for thieves. Presumably, they are stealing them to display their love for the track — as of Thursday in its record-breaking nineteenth week at the top of the Billboard charts — for themselves. (Lil Nas X is the first and only artist in chart history to have dominated for so long with a single song, dethroning previous record holders Mariah Carey and Boyz II Men with “One Sweet Day” and Luis Fonsi and Daddy Yankee with “Despacito” featuring Justin Bieber.) The signs began going missing in the spring, right around the song’s ascent. A total of six have been stolen as of Thursday, according to the New York Times. According to Lt. Marie C. Cleary of the Wellesley Police Department, no suspects have been identified in the thefts.

“Wellesley is generally a quiet place in the summer,” says Bob Brown, a co-editor of The Swellesley Report, the local news website that initially broke the story. But stories like this one have all the right ingredients to go viral, partly because “local TV news outlets pounce on anything possibly embarrassing about Wellesley,” he told TIME, saying that “people do like to poke fun at our largely affluent community.” (Homes on Old Town Road are generally worth over a million dollars, he estimates. A search on Zillow confirms that the stately properties listed are well over that price.) “What’s more, seemingly half the local news talking heads live here, so it’s an easy story for them to cover. There’s even a local radio segment that yuks it up over our police blotter.” Brown predicts things will go back to normal soon enough, with no adverse effects for the town (or the houses on the street) in the long term.

Yet it’s a costly and potentially dangerous problem, according to the town’s communications and project manager Stephanie Hawkinson. She’s concerned by the potential risks that come with missing signage, as she explained to the Swellesley Report, citing first responders’ need for proper street signs. “[It] could mean life or death for someone in need,” she told them. “I know it sounds dramatic, but it’s a very real and frightening possibility.”

Lt. Cleary shared with TIME that theft and vandalism of street signs would be considered a “Larceny Under” charge, a misdemeanor that would result primarily in court costs. She added that it was likely different individuals had removed the signs on “different occasions.” Meanwhile, the town is holding off on providing replacements until the hype dies down.

Wellesley is a historic place: originally settled in the 1630s, it’s the setting for institutions like Wellesley College (of which Hillary Clinton and Madeleine Albright are alumnae) and Babson College, and has been home at times to figures like poet Sylvia Plath, writer Vladimir Nabokov and rock star Steven Tyler. But Old Town Road itself doesn’t have much of an illustrious history — until now. According to the research of Taylor Kalloch, archivist and collections manager at the Wellesley Historical Society, it was in a rural neighborhood that has only been developed more recently in the 1920s and 30s. So far, she hasn’t found any evidence of the road being an “area of interest” before this year. According to the Wellesley Historical Society Street Name Index, the street was associated with the developer Charles W. Hubbard, who’s known for his work in nearby Weston, Mass., and named by a “Miss Marion Niles,” part of a family associated with the Wellesley Farms neighborhood in which Old Town Road sits.

This is not the first or only town to have an Old Town Road and come into the crosshairs of pop culture over the street name’s newfound fame. In Canada, Sicamous, British Columbia also boasts an Old Town Road. Their response to sign theft? Selling replicas for about $25 a pop, as local news reports. There are actually quite a few Old Town Roads out there: a cursory check across a few states shows one in Bakersfield, California; in Union Gap, Washington; in Albuquerque, New Mexico; in Frisco, Texas; in Three Forks, Montana; and in Stonefort Township, Illinois, among many others. Word to the wise: you can always get your own signs made up — without risking committing a crime. 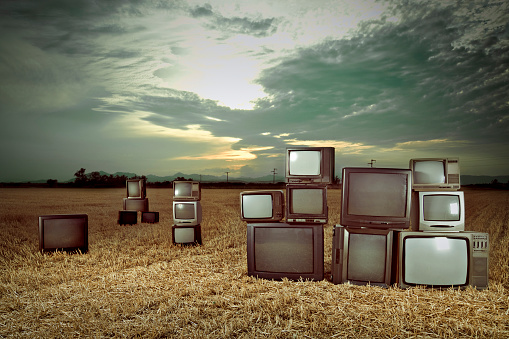