Supreme Court Justice Ruth Bader Ginsburg has made her first public appearance since the announcement last week that she had completed treatment for pancreatic cancer.

The 86-year-old justice smiled and appeared in good spirits at the University at Buffalo School of Law Monday as she accepted an honorary degree.

The Supreme Court said Friday that Ginsburg had completed a three-week course of radiation therapy for a cancerous tumor found on her pancreas. There is no further sign of the cancer remaining in her body, according to a statement from the Supreme Court. As the court’s oldest member and leader of its liberal wing, Ginsburg’s health has been cause for widespread public attention. She has previously undergone cancer treatment for three other cases.

Speaking at the University at Buffalo on Monday, Ginsburg briefly referenced her health. She shared that her old friend from college at Cornell University, the attorney Wayne Wisbaum, who died in December, had invited her to Buffalo last year.

“In July 2018, Wayne wrote to me that his health disabled from playing a lead role in the arrangements for my visit here but he still hoped to attend all the events. He asked me to confirm that I would come to Buffalo in August 2019 in any event,” Ginsburg said. “I did so immediately and I did not withdraw when my own health problems presented challenges.”

Later, Ginsburg took part in a Q&A discussion with the University at Buffalo School of Law Dean Aviva Abramovsky. In her remarks, Ginsburg said it was beyond her “wildest imagination that I would one day become the ‘Notorious RBG,’” to thunderous applause.

“I am now 86 years old, yet people of all ages want to take their picture with me,” she said. “Amazing.” 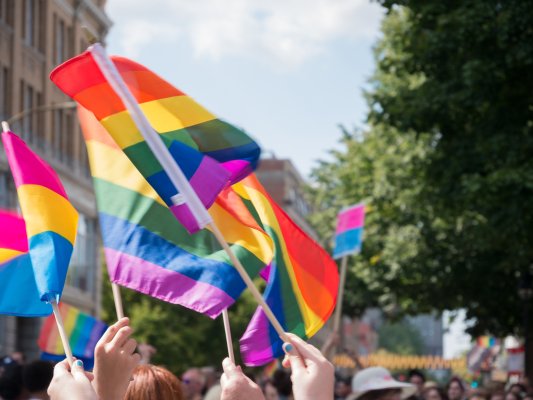