Days before Ruth Bader Ginsburg’s husband passed away, he wrote her a note: “You are the only person I have loved in my life,” it said. “What a treat it has been to watch you progress to the very top of the legal world.”

It was a lovely letter, but the Supreme Court Justice saw room for edits. She annotated the note, correcting the number of years since she met Marty Ginsburg—he wrote that it was 56, she pointed out it was almost 60. But Ginsburg has a habit of heavily annotating everything that comes across her desk, even heartfelt love notes from her husband of almost 60 years.

Details like these give the Justice dimension in Notorious RBG, co-written by Irin Carmon, an MSNBC reporter, and blogger and lawyer Shana Knizhnik. The book grew out of Knizhnik’s blog, Notorious RBG (a riff on rapper Notorious B.I.G.), which was dedicated to celebrating the legal accomplishments and fanciful collars of the second woman to sit on the Supreme Court.

Ruth Bader Ginsburg has been on the bench since President Bill Clinton appointed her in 1993, but her pop culture status has skyrocketed in the past couple of years. (She was on the cover of TIME in April.) These days, Ginsburg isn’t just a Supreme Court Justice — she merges a certain tradition (robe, jabot, judicial experience) with liberal values (dissent on Hobby Lobby), and thus is honored with Halloween costumes, cartoons, even a few tattoos. Notorious RBG is about Ginsburg’s life and work, but it’s also about a cultish appreciation of the Justice as a feminist hero. Consider Carmon and Knizhnik her pop biographers.

Carmon says that Ginsburg’s dissents, often read directly from the bench, were often the “only bright spot” for liberals in the aftermath of more conservative rulings like the one in Burwell vs. Hobby Lobby that allowed corporations to refuse contraceptive coverage for employees on religious grounds.

The 2000 Bush v. Gore case marked a turning point for Ginsburg, who had previously been known as a restrained moderate. She thought the court never should have taken that case, and during the resulting Bush presidency the court got much more conservative. “As a result, there was more to dissent from,” Carmon explains.

The two co-authors say Ginsburg is warm and gracious, even if her habit of careful speech can make it unclear when she’s done talking. “She speaks very slowly,” says Carmon, noting that she chatted with the Justice about their mutual love of opera and that Ginsburg had congratulated Knizhnik on passing the bar. Her speech pattern is so commonly known that some clerks even have to count 5 “Mississippis” before they know she’s done talking. But speaking pace aside, Ginsburg isn’t slowing down at all. “This summer we were following her travel schedule, and Irin and I (who are 5 decades younger than her) were exhausted just thinking about it,” Knizhnik adds. “She definitely has a work-hard, play-hard attitude.”

The book also documents Ginsburg’s slow-and-steady advancement of women’s rights. “I think her incrementalism is in many ways a strategy,” says Carmon. “I think part of it has to do with the role of the law, law is about precedent. You don’t get to go in and thump your fist and say ‘I know what’s right.’” Ginsburg’s incrementalism led to major victories on behalf of pregnant women and single fathers, which set legal precedent to what she called a “policy of neutrality” when it comes to gender.

There’s also a sense that Ginsburg’s slow, concrete advancements might be a more tangible way to approach women’s rights than the click-bait feminism of today’s internet. “Shana and I both fear the burnout of internet outrage culture,” says Carmon, a former Jezebel writer. She notes that most of outrage culture is “grounded in substantive concerns,” but she sees too little conversation about “how should this movement move forward for sustainable change.” Shana agrees, noting that much of Ginsburg’s success comes from “framing conversations in such a way that will not alienate people who may not yet be on board.”

Ginsburg’s next big battle may be on reproductive rights, as the court decides whether to revisit abortion rights in the next term. Given the current makeup of the court, the only way to keep abortion clinics open in some states would be if Ruth Bader Ginsburg convinces Justice Anthony Kennedy that restrictions are placing an “undue burden” on women seeking abortions. “She’s going to have to say to him ‘Did you mean for women to have to drive 250 miles each way to access an abortion?'” Carmon says.

Advocates for reproductive rights hope Ginsburg can follow the advice she gave in a lecture to Harvard students this year : “Fight for the things that you care about, but do it in a way that will lead others to join you.” 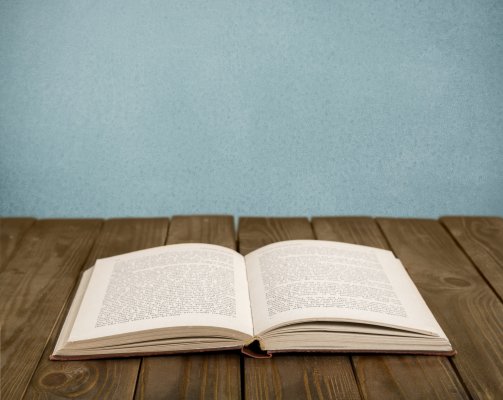 14 Books That Will Make You Smarter
Next Up: Editor's Pick