'I Am Very Much Alive': Ruth Bader Ginsburg Discusses Her Health, the Late Justice Stevens and Court Packing

Justice Ruth Bader Ginsburg said she’s not going anywhere and that nine seems to be a good number of Supreme Court judges in a new interview.

Ginsburg discussed a wide variety of topics in her Tuesday interview with NPR, which published Wednesday, including her recent bout with cancer and her final moments with Justice John Paul Stevens, who died on July 16.

Speaking with NPR’s Nina Totenberg, Ginsburg disagreed with some Democratic presidential candidates who have proposed increasing the number of justices on the court.

“I have heard that there are some people on the Democratic side who would like to increase the number of judges,” Ginsburg said. “I think that was a bad idea when President Franklin Delano Roosevelt tried to pack the court… If anything would make the court appear partisan, it would be that, one side saying, ‘when we’re in power, we’re going to enlarge the number of judges so we will have more people who will vote the way we want them to.'”

Ginsburg sat with NPR shortly after speaking at a private funeral for Justice Stevens, and recounted her last conversation with him.

“I said that my dream is that I will stay at the court as long as he did,” Ginsburg told NPR. “And his immediate response was, ‘Stay longer.'”

Stevens served on the Supreme Court for 35 years. Ginsburg has so far served nearly 26 years.

To that end, Ginsburg says she’s not going anywhere, even after recovering from her third battle with cancer. Her first experience was in 1999 when she was diagnosed with colon cancer, and then in 2009 she fought pancreatic cancer. In 2018 she had two cancerous nodules removed from her lungs.

“When you get a cold or a hang nail there’s a substantial portion of the population, a large part of it female, but men too, who go into a complete panic,” Totenberg said.

“There was a senator — I think it was after the pancreatic cancer — who announced with great glee that I was gonna be dead within six months,” Ginsburg responded with a smile. “That senator, whose name I’ve forgotten, is now himself dead, and I am very much alive.” 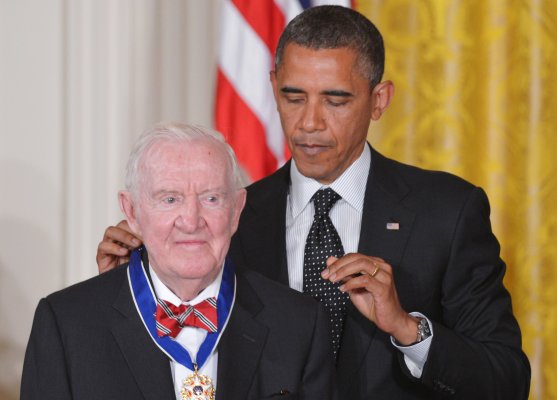