3 Reasons Why Coffee Is So Good for You

Coffee is increasingly earning scientists’ approval. Studies continue to suggest that the beverage may have some beneficial effects on health.

In the latest analysis, published in the BMJ, researchers scanned nearly 220 studies on coffee and found that overall, coffee drinkers may enjoy more health benefits than people who don’t drink the brew.

Other recent studies have linked coffee drinking to lower rates of heart disease, early death and diseases like liver cirrhosis, type 2 diabetes and even neurological conditions like Parkinson’s and Alzheimer’s disease. Poole’s group found that the strongest benefit occurred among people who drank around three cups of coffee a day.

“I think now we can be reasonably reassured that overall, coffee drinking is a safe habit,” says Dr. Eliseo Guallar, professor of epidemiology and medicine at Johns Hopkins Bloomberg School of Public Health, who wrote an editorial accompanying the study.

MORE: Here’s Another Reason to Feel Good About Drinking Coffee

Other studies have tried to tease apart which ingredients in coffee contribute to its health benefits. Those might include its antioxidants, which can combat cancer, and anti-inflammatory compounds, which can reduce the risk of chronic diseases such as heart conditions and even neurodegenerative disorders like Alzheimer’s, as well as the risk of liver diseases like cirrhosis and cancer.

While they say that the results support moderate coffee drinking as a relatively healthy habit, both Poole and Guallar say the findings don’t go far enough to prompt anyone to change their coffee-drinking habits in the hopes of improving their health. The study did not confirm, for example, that people who do not currently drink coffee should start adding a cup or two a day in order to lower their risk of getting heart disease or any of the other chronic conditions studied. The data also do not support the idea that current coffee drinkers should drink even more coffee to enhance whatever benefits they might be receiving. Too much coffee, the data suggest, starts to bend the benefit curve back down.

Poole notes that the analysis included a number of different studies, each with different designs, and not all of them may have adjusted for potential confounding effects that could skew the connection between coffee and health outcomes. Coffee drinkers, for example, also tend to smoke more than non-drinkers, and smoking has an effect on early death, heart disease and certain cancers.

The findings should be reassuring for coffee drinkers, as long as they drink in moderation, Poole says. Further studies will hopefully look deeper into the type and amount of coffee that confers the most health benefit. 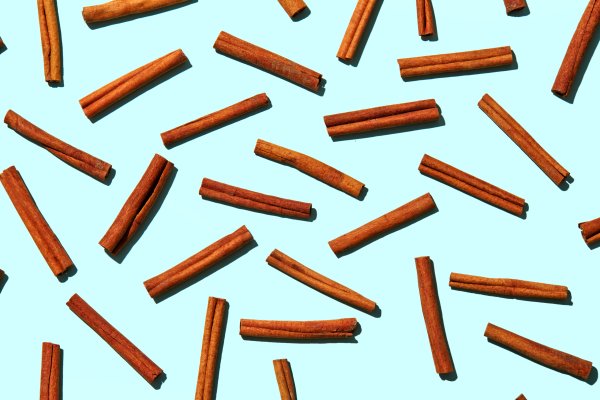 Cinnamon Has a Surprising Health Benefit
Next Up: Editor's Pick