Starbucks bathrooms will now be open to all, including people who have not made purchases, following the controversial arrest of two black men who tried to use the restroom at a Philadelphia location.

Starbucks Chairman Howard Schultz said the company is changing up its policy to make all people feel at home at the coffee chain, the Washington Post reports.

“We don’t want to become a public bathroom, but we’re going to make the right decision a hundred percent of the time and give people the key,” he said while speaking at the Atlantic Council in Washington D.C. “We don’t want anyone at Starbucks to feel as if we are not giving access to you to the bathroom because you are less than.”

Schultz noted Starbucks’ prior “loose policy” required customers to buy a beverage, but that it was up to individual stores how to implement the rule.

Since the arrest of the Rashon Nelson and Donte Robinson in April, Starbucks announced it will close down more than 8,000 stores on May 29 to hold racial bias trainings for employees. Schultz said the sessions will kick off a change to the way employees are trained.

“I think it’s fair to say that most people have some level of unconscious bias based on our own life experience,” he said. “So there’s going to be a lot of education about how we all grew up, how we see the world and how we can be better.” 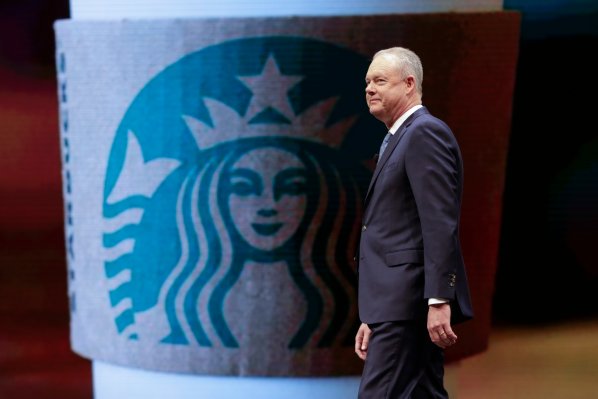