Italy’s Government Has Collapsed. What Happens Next?

Italy is the Eurozone’s third-largest economy, and the two-trillion-dollar economy is fragile. No country in Europe is more indebted than Italy aside from Greece, but unlike Greece, the Italian economy is far too big to bailout should it come to that. (It makes up 11.2 percent of the E.U.’s total economy, and would be more if and when the U.K. gets on with Brexit.) If Italy goes under, it could prompt another major financial crisis on the European continent, one situated at the heart of Europe. That could trigger global economic chaos, just as the world economy already shows signs of slowing down.

For the last 14 months, Italy has been being governed by an uneasy populist coalition between the far-right Lega party headed by Matteo Salvini and the anti-establishment Five Star Movement (M5S) led by Luigi di Maio, both of whom have shown more interest in furthering their parties’ (often contradictory) policy priorities than working together to put the country on a path towards fiscal health. For Lega, that has meant pushing tax cuts and leading a culture war against the influx of migrants into the country; for M5S, it’s more welfare spending to help the country’s poorest and reforming an Italian political system that is (admittedly) in desperate need of reform. They were united by little beyond a common hatred of establishment Italian politicians and bureaucrats in Brussels. That uneasy partnership was strained further by the fact that M5S—the senior partner in the coalition—saw its popularity plummet over the last year while the firebrand Salvini waged a perpetual campaign and pushed Lega’s popularity to almost 40 percent, according to opinion polls, making him the de facto driver of the coalition despite having scores fewer members of parliament.

A couple of weeks ago, Salvini saw an opportunity to collapse the government by calling for a no confidence vote; the idea was to drive the country to elections, where he could then cement his grip on power. That hasn’t played out exactly as he expected, but on Tuesday Conte—the prime minister both parties agreed to lead their coalition—resigned in frustration over Salvini’s continuous efforts to play politics rather than actually govern.

Italy’s president, Sergio Mattarella, has already begun meeting with all the parties to see whether the current parliamentary arithmetic will allow for a new government to be formed without elections; he has given a deadline till next Tuesday. Aside from the fact that elections are inherently chaotic and costly, the timing here is critical—Italy needs to submit a draft of its 2020 budget to the E.U. in the next few months, and calling snap elections would complicate that. If no budget proposal is submitted (and then accepted by the E.U.), the country faces harsh VAT hikes that will automatically kick in by January to bring Italy in line with E.U. fiscal rules.

Given how far ahead Lega is polling, remaining parties in parliament have an incentive to work together to avoid an election which will likely see them lose seats. That makes a coalition government with a backbone comprised of M5S and the center-left Partito Democratico (PD) as the most likely of all scenarios at present, and the two have already begun discussions toward that end. It won’t be easy—PD and M5S have long-hated each other, and there’s plenty of disagreement between the two parties on policy and who would take up which ministries. A tie-up between the two is also risky, as an unpopular alliance between them could strengthen Salvini in the long-run, allowing him to play the role of opposition leader that was locked out of government. Given the complexity of putting aside old feuds for the sake of current political realities, the current drama still has ways to go.

Should no working majority be found, Mattarella’s last resort option to avoid elections would be installing a technocratic government to finalize the budget (avoiding the VAT hikes) and getting the country to 2020 elections. The next few days will be critical.

“Letting citizens vote is the essence of democracy, but making them vote every year is irresponsible.” Conte in his resignation speech, summing up postwar Italy.

Summer is almost over. If you’re feeling bummed about that, imagine how Salvini must be feeling.

The One Thing to Say About it at a Dinner Party:

Populist rhetoric alone isn’t enough to hold a government together; being in power means taking tangible steps toward making people’s lives better within existing economic and fiscal realities. Populists around the world have shown themselves adept at winning elections, but few have shown much beyond that. Italy is a case in point. 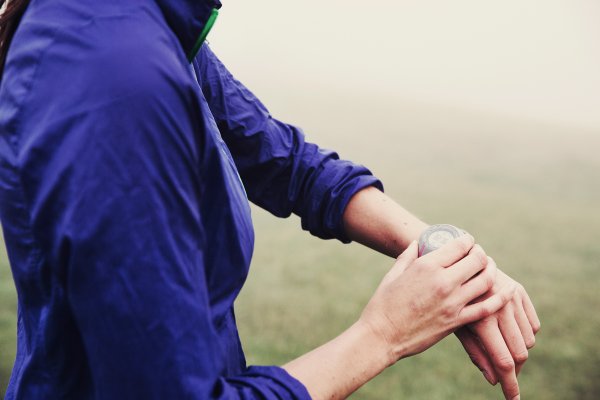 How Your Obsession With Short-Term Results Can Hurt You in the Long Run
Next Up: Editor's Pick