South Korean college students tear a banner showing an image of a Japanese rising sun flag during a rally to denounce Japan's new trade restrictions on South Korea in front of the office of Mitsubishi Corp. in Seoul, South Korea, on Aug. 7.
Ahn Young-joon—AP
By Ian Bremmer

The economic warning signs are flashing yellow. In Germany, the U.K., Italy, Brazil and Mexico, growth has stalled. In Japan, business confidence has turned negative for the first time since 2013. China’s industrial output is growing at its slowest pace in 17 years. An inverted yield curve has U.S. economists on recession watch.

But the real uncertainty is coming from the biggest surge in decades of the kind of political volatility that is relevant to markets. Politically motivated trade fights are under way between countries that make up half the global economy–from the U.S. and China, to the U.S. and Europe, to South Korea and Japan. The most worrisome of these economically damaging political fights is the ongoing trade war between Washington and Beijing, which shows no signs of easing. President Trump wants to avoid any appearance of a climbdown in this fight. So does China’s Xi Jinping, who must also signal strength in the growing confrontation with pro-democracy protesters in Hong Kong.

There are other sources of politically induced economic trouble. The IMF noted in July that “the projected recovery in growth between 2019 and 2020 in emerging market and developing economies relies on improved growth outcomes in stressed economies such as Argentina, Turkey, Iran, and Venezuela, and therefore is subject to significant uncertainty.”

At the moment, there’s little sign of recovery in any of these four countries. In Argentina, voters have turned on President Mauricio Macri ahead of October elections. His likely successor, Alberto Fernández, may not prove as economically reckless as his choice of former President Cristina Fernández de Kirchner as running mate might suggest, but he’s hardly reassuring to investors. In Ankara, embattled President Recep Tayyip Erdogan continues trying to manipulate Turkey’s economy to protect his political popularity. Iran, facing renewed U.S. sanctions, is lashing out at Europe for not helping ease its economic pain. And Venezuela’s slow-motion catastrophe continues with little hope for a breakthrough to spare its people further pain.

In Asia, a bitter dispute over Japan’s colonization of the Korean Peninsula from 1910 to 1945 has triggered a fight with dangerous consequences for both countries. The result is an escalating conflict between Asia’s second and fourth largest economies–at a time when the U.S.-China trade war is already weighing on both.

In Europe, the political stakes rose once again on Aug. 20 as Italian Prime Minister Giuseppe Conte abruptly announced his resignation. Market jitters continue, and expectations grow that far-right leader Matteo Salvini will lead the country’s next government. Salvini has been much more confrontational with the E.U. over questions of Italy’s budget, and even if the top job forces him to moderate his tough talk, the fear of market-moving political turmoil–inside Italy and between Italy and the E.U.–will intensify.

Finally, new Prime Minister Boris Johnson insists Britain will leave the European Union by an Oct. 31 deadline with or without a deal on the future U.K.-E.U. relationship. His demands that the E.U. renegotiate the Brexit deal continue to meet strong resistance in Brussels, and indications that he might answer a no-confidence move against his government with a call for national elections after Oct. 31 have set teeth (and markets) on edge.

A decade ago, world leaders managed to cooperate their way out of danger during the financial crisis. But in a world of “my country first,” all this political friction will make that much harder. 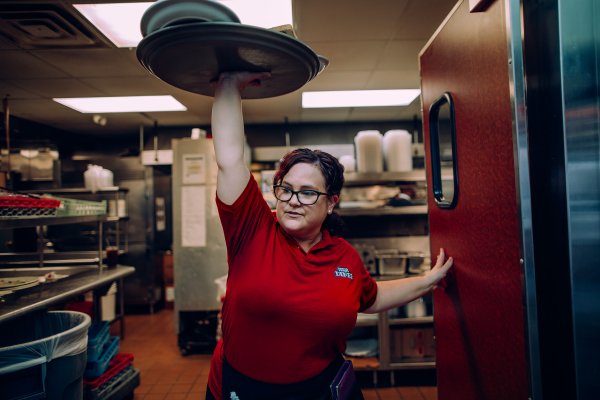 How a Booming Economy Left U.S. Service Workers Behind
Next Up: Editor's Pick