With just a month to go until the 25th anniversary of the Friends premiere, fans are gearing up to celebrate a quarter century of kicking it with the Central Perk gang. For viewers, Rachel (Jennifer Aniston), Monica (Courteney Cox), Phoebe (Lisa Kudrow), Chandler (Matthew Perry), Joey (Matt LeBlanc) and Ross (David Schwimmer) are a group they couldn’t imagine any differently. But if NBC had gotten its way when the show was still getting off the ground, there apparently could have been a much older friend in the mix.

In his new book Generation Friends, author Saul Austerlitz chronicles how NBC asked showrunners Marta Kauffman and David Crane to add an older secondary character to Friends Like Us — as Friends was still called at the time — in order to attract “more mature” viewers who might not relate to a group of 20-somethings. Although they weren’t particularly enthused by the idea, Kauffman and Crane went through with writing a character they referred to as “Pat the Cop” into a script.

But as Friends fans likely know, Pat the Cop never ended up making an appearance.

“The writers made a good-faith attempt, even casting the role, but hated the resulting script so much that they pleaded with NBC to drop the idea,” Austerlitz wrote. “If only NBC would kill Pat the Cop, they promised, they would give their six protagonists parents in notable supporting roles, and find older guest stars to attract a more mature audience. NBC gave its permission, and Pat the Cop was no longer.”

If nothing else, at least we have Pat the Cop to thank for Judy (Christina Pickles) and Jack Geller (Elliott Gould). 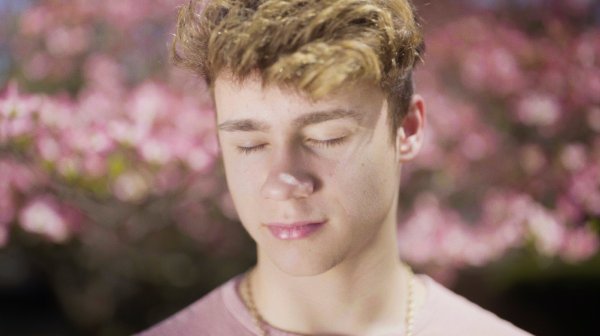 The Costs of Trying—and Failing—to Be a Teen Influencer
Next Up: Editor's Pick