Ellen Gives Us the Surprise Mini Friends Reunion You Needed

When Ellen DeGeneres wants to help out a friend, she pulls out all the stops. When Courteney Cox came on The Ellen Show this week to promote her own new show, a Facebook series called Nine Months with Courteney Cox, DeGeneres realized the former Friends actor was going to need an extra bit of assistance in order to get her up to speed with the social media era. Because while Friends remains one of the most enduring of TV sitcoms, Cox herself hasn’t quite kept up with the times.

Pan to stage right, where DeGeneres had her crew assemble the set of the Central Perk, the coffee shop that the Friends gang famously enjoyed hanging out at. (DeGeneres even said the couch was the original.) Their goal: take a perfect first Instagram photo for Cox’s brand-new account.

“I wish Lisa Kudrow were here, because that would be fun,” DeGeneres mused casually. Cue Kudrow’s entrance, to Cox’s complete surprise. (You can watch the full encounter here.)

“I wanted to be there for you. Get it?” Kudrow joked in exchange, recalling the show’s memorable theme songs lyrics. It’s not the first time the two have reunited, even if briefly, to recall the Friends glory days — and as it turns out, they’ve maintained their friendship offscreen over the years as well. 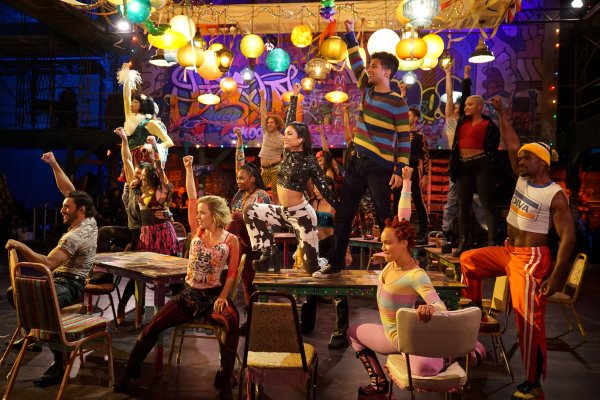