'Let's Call Wayne.' Inside the White House Discussions on Guns

The push for new legislation on guns is not dead yet. Despite mixed signals from President Trump, White House staff are drafting and discussing narrow proposals for changing gun laws that could be presented to Trump as soon as next week and announced publicly before Congress returns from recess Sept. 9, according to two White House officials.

Among the proposals under consideration are so-called “red flag” provisions that would allow authorities to take guns away from people who pose a safety threat, an authority that might be paired with requirements that the person receive a mental health evaluation or be committed. Also under discussion were actions to include more information about criminal and mental health records in databases used for background checks during commercial gun purchases, as well as increasing criminal penalties for people who illegally buy guns for someone else, known as “straw buyers.”

Proposals like these would be far more modest than the push for “meaningful background checks” that the President touted in the wake of the mass shootings in El Paso, Texas and Dayton, Ohio earlier this month, and for which Democrats have lobbied. But the discussions also indicate that there remains a possibility—however slim—of passing new gun legislation, despite a report in The Atlantic that Trump had backed away from the issue in a phone call with National Rifle Association chief Wayne LaPierre.

After hearing out his staff, Trump surprised those gathered in the room by making an unscheduled request to dial LaPierre.

An aide tracked down LaPierre, and soon LaPierre’s voice was coming through the gray speaker phone on the Resolute Desk. Trump and aides ran down the list of actions the White House is considering. The White House tried to impress upon LaPierre that Trump was “in a good place” and had staff working on the proposals who were concerned about the Second Amendment, mental health, and solving the problem of mass shootings, the senior White House official said.

“What we are talking about is meaningful background checks that would actually go to prevent [shootings like] Sandy Hook or El Paso or Parkland. Those are things we can work on that have cause and effect,” a second White House official told TIME. “This wasn’t Wayne LaPierre dictating to us. We were telling him, ‘Here are the things we are looking at, how big of a fight are you going to put up?’ For most of them, he was like, ‘Whatever you say.’ For a couple, he said, ‘I don’t know about that, I haven’t seen that one yet.'”

“The President told Mr. LaPierre that he will always stand up for the Second Amendment, and that the administration is exploring measures that will protect the American people and keep communities safe,” White House spokesman Hogan Gidley told TIME.

Within hours of talking to LaPierre, Trump had seemed to back away from his earlier calls for significant gun legislation. “We have very, very strong background checks right now,” Trump told reporters gathered in the Oval Office Tuesday afternoon.

But by Wednesday, Trump’s tune had changed. “I have an appetite for background checks,” he said.

Ivanka Trump has been pushing her father to take forceful action to expand background checks on gun purchases, and has reached out to lawmakers about possible legislation solutions, according to an aide. But a number of the President’s advisers and allies have urged caution, pointing out that many of Trump’s most motivated voters are wary of gun restrictions. Trump believes the NRA’s endorsement helped him in the 2016 campaign, and there is concern among Trump’s political strategists that turmoil in the NRA could dampen efforts to get its membership out to vote in 2020.

White House officials say Trump already has shown a willingness to take action on guns. In December 2018, Trump banned bump stocks, the device used by the gunman who killed 58 people from a hotel window in Las Vegas in 2017. The bump stock ban was opposed by the NRA. In March 2018, Trump signed the “Fix NICS Act of 2017,” which penalizes government agencies that don’t share information with the federal National Instant Criminal Background Check System (NICS). That bill was introduced in the wake of the church shooting in Sutherland Springs, Texas, perpetrated by a gunman who had a domestic violence conviction while in the Air Force. That gunman fatally shot 26 people with a legally purchased Ruger AR-556 semi-automatic rifle.

The Senate looms as a significant obstacle if the White House does decide to push for new gun laws. Senate Majority Leader Mitch McConnell has been blunt with the President that the chamber will not spend time this fall on proposals that cannot get 60 votes, which would require enticing at least seven Democrats to support a Republican-led bill. “We are not wasting time. Period,” a top Senate Republican aide told TIME. “Tax cuts matter. Judges matter. Confirmation of senior administration officials matter. Debate over things that will never have the votes do not.”

With reporting by Alana Abramson and Philip Elliott/Washington 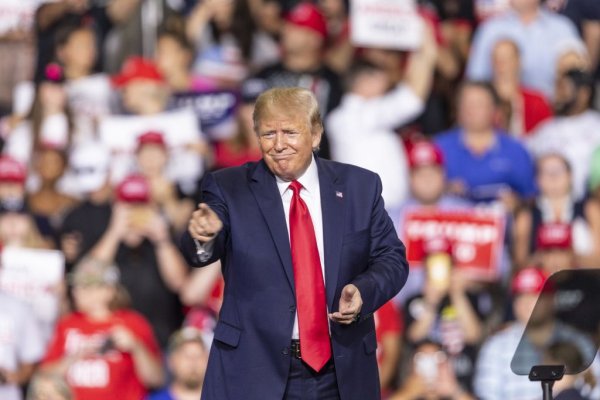