NRA Shut Down NRATV and Its Chief Lobbyist Resigned in the Same Day. Here's What to Know About the Group's Troubles

Wayne LaPierre, executive vice president and CEO of the NRA, speaks at the NRA-ILA's Leadership Forum at the 146th NRA Annual Meetings & Exhibits on April 28, 2017 in Atlanta, Georgia. The convention is the largest annual gathering for the NRA's more than 5 million members.
Scott Olson—Getty Images
By Currie Engel

On the same day that the National Rifle Association announced that they were halting production for their 24-hour live streaming platform, NRATV, their top lobbyist resigned.

On Wednesday, the NRA severed ties with its advertising partner, Ackerman McQueen, and ended programming for the online streaming service. The two have worked together for 38 years, and the ad agency oversaw NRATV’s production and worked to shape the NRA’s public image. It has been a rocky few months for the relationship between the gun rights advocacy group and the agency.

The conflict also brought about today’s resignation of the NRA’s Chief Lobbyist Chris Cox, as confirmed to TIME by NRA spokesman Andrew Arulanandam. Cox has worked with the NRA since 1995 and served as chief lobbyist and principal political strategist for its lobbying arm since 2002. He was suspended for his involvement in a power struggle against CEO and Executive Vice President, Wayne LaPierre, in June before resigning today.

The downfall of an online streaming service and a top lobbyist are connected in a web of lawsuits and threats that has recently surrounded the group.

In April, the NRA filed suit against the ad agency, saying that the NRA felt Ackerman McQueen might be “overcharging for certain items” and invoicing salaries for time spent consulting other companies, the Wall Street Journal reported.

After the lawsuit was filed, former group President Oliver North told LaPierre of a letter that Ackerman McQueen was planning on sending to the NRA board, according to The Hill. It detailed a “devastating account” of the NRA’s financial status, sexual harassment allegations levied against a staff member and extravagant expenses. LaPierre informed NRA’s board that North tried to blackmail him into resigning, threatening the release of Ackerman McQueens’ information, according to the Wall Street Journal.

North stepped down as President in April and information about the NRA’s finances was leaked earlier this month.

In June, the NRA filed a lawsuit against North. It accused him of his alleged involvement in the attempt to oust LaPierre through extortion. Cox, thought by many to be the next in line to take LaPierre’s place, was also implicated in the new set of lawsuit allegations.

Ackerman McQueen has counter-sued the NRA for $50 million saying that it did, in fact, provide enough financial information to the NRA, and that the NRA’s claims are damaging to their reputation.

NRATV, launched in 2016, has been known to promote a hard-line, right-wing agenda. In a message on the NRA website homepage, LaPierre called the move away from the ad agency and NRATV an attempt to create a “significant change in our communications strategy.”

LaPierre’s message said “many members expressed concern about the messaging on NRATV becoming too far removed from our core mission: defending the Second Amendment.”

While on-air personalities like Dana Loesch and Grant Stinchfield will no longer host live shows, LaPierre explained in the statement that they will continue to show “new and archived videos” on their other media platforms.

Loesch faced heat in September 2018 after a NRATV segment criticized the children’s show Thomas & Friends for its inclusion of diverse characters, the New York Times reported. The segment proceeded to show images of the trains wearing Ku Klux Klan hoods. This incident sparked controversy within the NRA ranks, and NRATV’s continuing controversial content prompted an “internal review” by NRA board members, the New York Times reported.

Ackerman McQueen released a statement to TIME today calling the NRA’s actions an attempt to “smear” their company with “false allegations to excuse their non-payment.” They feel that “it is time to move on to a new chapter without the chaos that has enveloped the NRA.”

When asked for comment, NRA directed TIME to LaPierre’s message on its homepage. 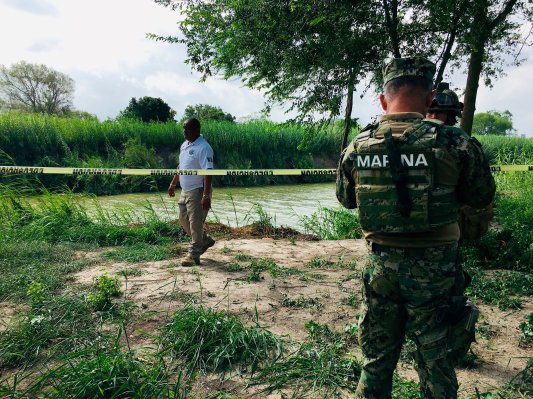 Photo of Drowned Migrant Father and Child Sparks Debate
Next Up: Editor's Pick