A couple comfort one another before the start of a memorial service at UC Santa Barbara's Harder Stadium to honor six UCSB students slain in a rampage in Isla Vista, California.
Patricia Marroquin—Moment Editorial/Getty Images
By Tara Law

In 2018, a 30-year-old car dealership employee allegedly told a coworker that if he was fired, he planned to shoot his supervisors and other employees. The coworker warned a manager, who took the tip to the police. The dealership had intended to suspend the employee the next day.

California Department of Justice records revealed that the employee might have access to the tools to carry out a violent attack; his wife owned two handguns, a shotgun and a rifle. However, no one was hurt. With a judge’s permission, the police seized the wife’s four weapons and one other gun.

The police’s actions were made possible by a California policy known as a Gun Violence Restraining Order (GVRO), colloquially called a “red flag” order, which was signed into law in 2014 and went into effect in January 2016. The policy allows police or family members to petition a court to recover someone’s guns, magazines and ammunition in emergency situations for up to three weeks, though a judge can extend the confiscation to a year.

On Monday, a team of researchers from the country’s first state-funded gun violence research center at University of California Davis School of Medicine, released the first research into its effects. The paper includes 21 cases in which the state’s law was used to help prevent potential mass shootings. In the case of the car dealership employee, according to the study, police received a GVRO the day after the manager’s report, and later had the order extended to one year. The order can be applied to any insecure weapons in the location of the warrant, including if they belong to another person – such as the dealership employee’s wife.

Since Connecticut passed the first “red flag” law in 1999, California and 13 other states, plus the District of Columbia, have enacted some version of this policy, which is often referred to as an Extreme Risk Protection Order (ERPO). In the aftermath of recent shootings in El Paso, Texas, and Dayton, Ohio, both Democrats and Republicans, including President Donald Trump, have signaled that they’re ready to discuss passing ERPO legislation at the federal level.

Advocates say that ERPO laws can reduce the odds of gun violence by focusing on those possibly at the highest risk of harming themselves or others. However, advocates also say research into these laws’ effectiveness has been stymied by states delaying implementation, and by the Dickey Amendment, which prohibits the CDC from funding research that “may be used to advocate or promote gun control.”

Dr. Garen J. Wintemute, the lead author of the study, tells TIME that while it’s impossible to know whether or not any of the suspects actually planned to follow through with a mass shooting, the cases detailed in his study illustrate how the orders could help to reduce the risk of violence in other states. The researchers, including several who were involved in writing the GVRO law, reviewed 159 records of protection order cases from 2016 to 2018, but found no evidence that someone who had been placed under a GVRO committed homicide or suicide.

Although the study was fairly small and more research is necessary, Wintemute says it’s some of the first evidence that the orders could help prevent mass shootings in California and elsewhere.

“We can’t prove that the orders in these 21 cases — that these orders prevented the shootings as opposed to something else, or that the shooters actually didn’t intend to go through with it. But I think that faced with the next mass shooting, I would be recommending an ERPO filed with all the force I could muster,” Wintemute says. “I think the evidence suggests that extreme risk protection orders have a role to play in preventing mass shootings, but also in preventing firearm suicide and homicide.”

In California before the “red flag” law, reporting violent threats to the police did not always lead to weapons being seized. The GVRO law was enacted after a man killed six people in a May 2014 shooting at U.C. Santa Barbara. The shooter’s family had reported their concerns that the shooter could turn violent, but the police had no legal authority to take his weapons.

In other states, ERPO laws have also been enacted as a result of violent threats. The Vermont legislature passed the state’s own law in 2018 after a teenager threatened to carry out an attack against his high school.

Wintemute says that one of the major flaws with the GVRO law is that California did not do enough to promote it when it was first introduced, and the orders only started to become common in 2018. Over time, he says, it’s important to normalize reporting violent threats to the police.

“If people make threats, I think it’s incumbent on all of us to take those threats seriously and report them to professionals who are in a position to evaluate them more accurately than we lay people can do and are in a position to do something about it,” Wintemute says.

Going forward, Wintemute’s team plans to continue to collecting data about gun violence protection orders in California, including 255 other GVRO records that have not yet been obtained from the police.

Wintemute says that his research has offered a powerful lesson: normal people can help to prevent gun violence. If someone wants to help law enforcement stop future shootings, Wintemute says, “They should make a personal commitment. If I’m ever in a situation like this, I’m going to say something, I’m not going to walk away from it.” 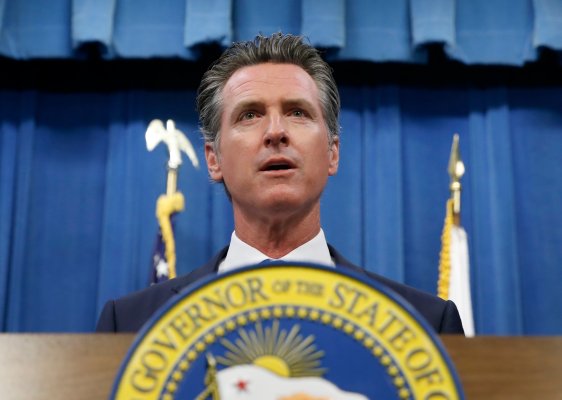