After His Wife's Death in Walmart Mass Shooting, El Paso Man With No Other Immediate Family Invites Public to Her Funeral

A man whose wife of 22 years was killed in the El Paso, Texas shooting is inviting the public to her funeral services because he has no other family in the area, a funeral home said Tuesday.

“Mr. Antonio Basco was Married for 22yrs to his wife Margie Reckard, He had no other family. He welcomes anyone to attend his Wife’s services,” Perches Funeral Home in El Paso wrote Tuesday in a Facebook post that has been shared nearly 10,000 times as of Wednesday morning.

Reckard, 63, was one of 22 people who died in the mass shooting at a Walmart in El Paso on Aug. 3 — an attack authorities say was intended to target Mexicans.

“I mean you didn’t even have to be there to talk to her. You could just look at how she was, how she acted, how she presented herself. She was an awesome lady,” Basco told local station KFOX14 about his wife, describing her as “an angel.”

“We were gonna live together and die together,” he said. “That was our plan.”

“We want to thank the people of El Paso because without them, I don’t know what we would have done,” Reckard’s daughter-in-law Hilda Nuzzi told local station KTSM. “Everyone is amazing.”

The visitation will take place on Friday from 5 to 9 p.m., at Perches Funeral Home Northeast on 4946 Hondo Pass in El Paso. There will be a prayer service at 7 p.m.

“Let’s show him & his Wife some El Paso Love,” the funeral home said in its Facebook post. 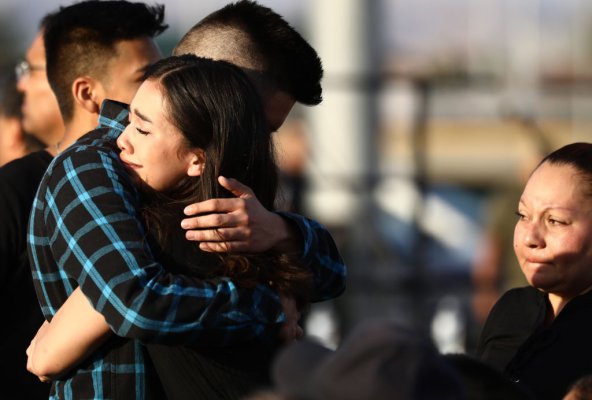