'May I Give You a Hug?' How El Paso Is Supporting the Families of Victims

Yvonne Loya sat against a metal railing on a curb overlooking the Walmart. She held her head in her hands as her kids worked on a poster with colored markers on the concrete in front of her, with no respite from the sun in the nearly hundred-degree day.

“May I give you a hug?” a woman asked Loya, and she nodded yes and cried. Several more women hugged her.

Loya, a Laredo resident, told TIME she was in El Paso because her mother, Maribel Hernanez, and her stepfather, Leo Campos, were victims in Saturday’s Walmart mass shooting. She was at the Walmart on Tuesday so her kids could decorate a poster with photos of Hernandez and Campos on it to add to the growing pile of flowers, prayer candles, balloons, stuffed animals and white crosses that the community has left in honor of the victims.

“I feel like I’m closer to my mom here,” Loya told TIME. She said the family is working on funeral arrangements, but they can’t be finalized because “they’re still working on my mom.”

“I heard the news about what happened here in El Paso, and I called her because we would always talk about things that would happen, like as far as these kinds of things, and it just didn’t occur to me that my mom was here,” Loya said. “I kept calling her and I kept calling her, and I couldn’t get an answer from her.”

She was a little worried then, Loya said, but said that she didn’t think much of it until her brother called her panicked because their mother had gone to Walmart. I think it’s OK, maybe she’s just in the area, my mom doesn’t really shop at this Walmart, Loya thought. She said she suggested to her brother that he track the couple’s vehicle using GPS, which showed the vehicle in the Walmart parking lot. “He called me back even more scared. He told me, yeah, they’re there, they’re at Walmart.”

In the aftermath of the shooting that left at least 22 dead and 26 injured — the first of two mass shootings in the United States that took place over the weekend — the El Paso community has poured out in support of the victims and their families. The border city is situated alongside the border opposite of Juarez and is a popular shopping area for Mexican visitors.

Communities have held vigils for the victims. People have donated blood. And the El Paso Community Foundation has reportedly raised nearly $1 million for the families of victims.

And even in the middle of a hot day during the work week, as when Loya was at the site of the shooting, there were people doing the small things that help the community heal.

“We chose white because white symbolizes with peace,” Ruben Molina, 33, a lifelong El Paso resident, said about the flowers he was dropping off at the Walmart with his coworkers. He said they had also bought water and Gatorade and chips for first responders at a hospital. “It’s not much, but it’s something just to show first responders and the victims that they’re always in our thoughts and prayers.”

El Paso has long been touted as one of the safest cities in the United States. The Texas Tribune reported that last year, the total number of homicides recorded in El Paso was 23, and the two years before that had lower numbers of recorded homicides.

At the shooting site on Tuesday, many lifelong El Paso residents emphasized that the shooting suspect was an outsider who had driven hours to the border community. The Walmart was still blocked off, there was still a heavy police and media presence, and visitors stopped by and spoke in hushed voices, their emotion at times visible.

“All this, you see it on TV,” said Karla Figueroa, 46, an El Paso resident, gesturing to the gifts commemorating the victims, “not in your hometown.” 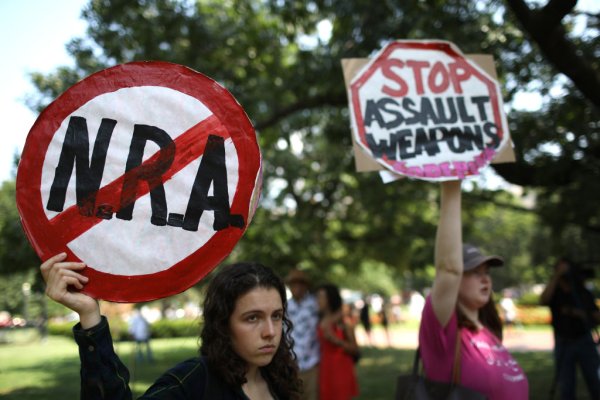