Just one day after a mass shooter killed at least 5 people and injured 21 others in Odessa, Texas, the state has enacted nine pro-gun laws that make it easier to carry or store firearms in places like foster homes, schools, churches, mosques and synagogues.

The laws were approved earlier this year, during the 86th Texas Legislature, and went into effect Sunday. The new laws also follow the mass shooting in El Paso last month that resulted in 22 dead.

One of the laws, HB 1387, eliminates a limit on the number of teachers and staff that can carry guns on public school campuses. These designated staff are known as school marshals.

Supporters of the proposal said it would allow smaller school districts to participate in the school’s state marshal program, The Texas Tribune reported, explaining that originally schools could only designate one marshal per 200 students or per building. The law would would give schools the ability to decide how many marshals they want.

Another one of the Texas measures, HB 1143, prevents school districts from making rules about how a licensed person’s handgun, firearm or ammunition is stored in their vehicle in a school parking area.

A fourth law, HB 302, bans residential lease agreements from restricting the ability of residents or guests to own guns. The NRA said in a statement that this would “protect tenants’ rights” to possess firearms and ammunition and transport them “directly between” their “personal vehicles and these locations.”

A fifth measure, SB 535, makes it easier to carry guns in “churches, synagogues, or other places of worship” by striking them from a list of prohibited locations in the penal code where firearms are banned.

The National Rifle Association, which has backed all of these laws, expressed their “deepest sympathies” for the families and victims of recent mass shootings in El Paso and Ohio in a recent statement but reiterated that they are “committed to the safe and lawful use of firearms by those exercising their Second Amendment freedoms.”

“We will not participate in the politicizing of these tragedies but, as always, we will work in good faith to pursue real solutions that protect us all from people who commit these horrific acts,” they said in a statement. 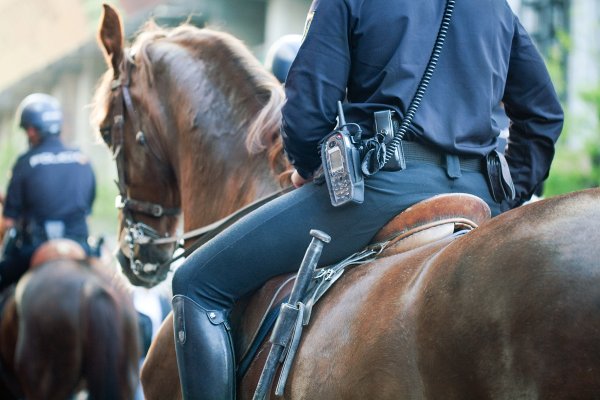