'We Are Not Helpless Here.' Obama Responds to Mass Shootings in Dayton, El Paso

President Barack Obama has called on lawmakers to take action after a weekend that saw two separate mass shootings in El Paso, Texas and Dayton, Ohio which left 31 people dead and scores more injured. Alongside this, he encouraged all Americans to make their voices heard at the ballot box and beyond, to foster accountability from elected officials and the changes required to strengthen gun control laws.

In a statement shared on Twitter, Obama was also not shy about addressing the dangerous rise of white nationalism — the alleged motivation behind the El Paso gunman’s attack — and said that law enforcement agencies and internet platforms need to come up with “better strategies” to counter the rise of hate speech and deadly rhetoric as it spreads from fringe communities into mainstream discourse.

“Like the followers of ISIS and other foreign terrorist organizations, these [shooters] may act alone, but they’ve been radicalized by white nationalist websites that proliferate on the internet,” Obama’s statement read.

The former President also offered a critique of divisive language “coming out of the mouths of any of our leaders,” which he argued “feeds a climate of fear and hatred.”

“Such language isn’t new – it’s been at the root of most human tragedy throughout history, here in America and around the world,” Obama said.

Obama’s statement follows forceful criticism from many of his fellow Democrats, and President Trump’s Monday morning address in the wake of the two shootings. Trump called for a crackdown on violent video games, for changes to mental health laws and also condemned white nationalist ideologies.

“In one voice, our nation must condemn racism, bigotry and white supremacy,” Trump said. “These sinister ideologies must be defeated. Hate has no place in America. Hatred warps the mind, ravages the heart and devours the soul.” 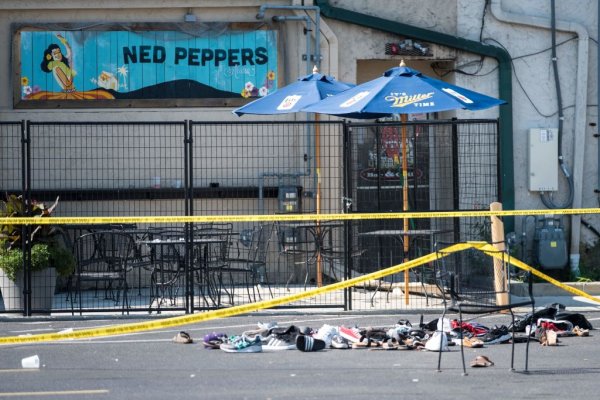 69 People Killed in U.S. Mass Shootings This Year
Next Up: Editor's Pick