When Harry Potter was still new to the world of witchcraft and wizardry, he came across a box of Bertie Bott’s Every-Flavor Beans. His friend Ron Weasley quickly warned him about the candy that “when they say every flavor, they mean every flavor.” There are chocolate and peppermint, but also spinach and liver and, as Albus Dumbledore later mentioned vomit and ear wax. Even amid those imaginary beans, even J.K. Rowling may not have dreamed up Skittles’ latest flavor—rotting human flesh. When Skittles says “taste the rainbow” they mean it, apparently.

Zombie Pack Skittles contain most of the normal Skittle flavors, albeit with slightly more frightening names: Petrifying Citrus Punch, Mummified Melon, Boogeyman Blackberry, Chilling Black Cherry, and Blood Red Berry. But like with Bertie Bott’s beans, Zombie Pack Skittles will have a surprise in store for some (un) lucky candy eaters. Scattered throughout the packs of colorful candy will be one Skittle that tastes just like Rotten Zombie. While it’s unclear how the creative minds at Skittles know what “rotten zombie” tastes like, the brand assures customers that it will be “utterly disgusting.” A company representative told Food & Wine that “every palate will perceive the taste differently, but everyone will know it’s ‘rotten‘ when they get it.” There’s little doubt it will be a memorably awful taste sensation for whoever happens to sink their teeth into it.

The candy’s cursed existence was first reported back in 2018, but those eager to taste a candy version of rotten human flesh had to wait an entire year to sink their teeth into the horrifying flavor. Now, the company has announced that Zombie Pack Skittles will arrive in stores in October of 2019, just in time to traumatize trick-or-treaters at Halloween who pick up a “fun size” pack and have no idea what they are in for. If this spawns a generation of young nippers with a taste for human flesh, that’s on you Skittles. 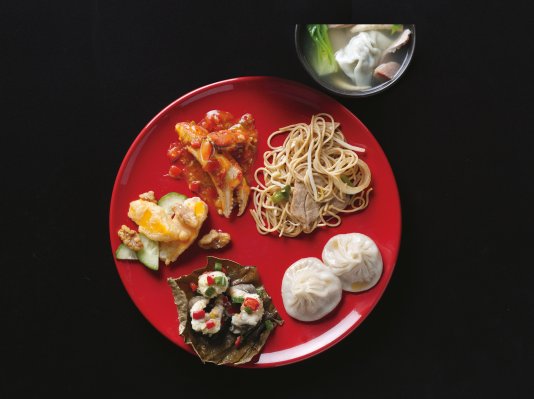 Fights Over 'Authentic' Chinese Food Have a Long and Complicated History. Now They're Tearing the Culinary World Apart
Next Up: Editor's Pick