The U.K. faces “consumer panic”, “food shortages” and “gaps” in security if it leaves the E.U. without a deal in place on its future relationship with the bloc, a leaked government document states.

The U.K.’s new prime minister, Boris Johnson, has pledged to take the country out of the bloc “come what may” by the current deadline of October 31. He has refused to rule out a no-deal Brexit unless E.U. leaders allow him to overhaul the agreement they had negotiated with his predecessor Theresa May – something the E.U. says is impossible.

The leaked document, obtained by British broadcaster Sky News, was prepared before Johnson took office and paints a chaotic picture of life in the U.K. in the weeks following a no-deal Brexit.

In the first two weeks, it warns, the U.K. would face “potential consumer panic and food shortages, even in areas which are not directly affected at the border” and “possible friction at sea between U.K./E.U. fishing vessels.”

Northern Ireland, a region of the U.K. that has a land border with the Republic of Ireland, is singled out as being particularly at risk, with “small businesses [facing] distress and potential law and order challenges” in the first month after leaving without a deal.

The document also warns of increased volatility in the British economy and further devaluation of the British pound, which lost 4% of its value against the dollar in July alone.

On Thursday, British finance minister Sajid Javid, appointed by Johnson last week, announced $2.6 billion in extra funding to prepare for a no-deal Brexit, bringing the total amount allocated by the government up to $7.6 billion. Javid asked the treasury to make no-deal preparations its “absolute top priority”.

The prospect of leaving without a deal has divided the U.K., with strong supporters of Brexit, including Johnson, casting a no-deal as an acceptable price to pay for getting out of the E.U. by October 31 — more than three years after the country voted to leave in 2016 and following more than six months of delays from the original March 29 deadline for leaving.

But a majority of British lawmakers voted against leaving with no deal in a non-binding parliamentary vote in March, including some from Johnson’s own Conservative Party.

Johnson’s control of parliament is fragile. On Friday, his majority was reduced to just one seat in a parliament of 650, when the Conservatives lost a special election in the Brecon and Radnorshire region of Wales to anti-Brexit party the Liberal Democrats.

It remains unclear whether lawmakers can block Johnson from taking the U.K. out of the E.U. without a deal, which will happen by default on October 31 unless a new deal is reached or a new extension granted by the E.U. 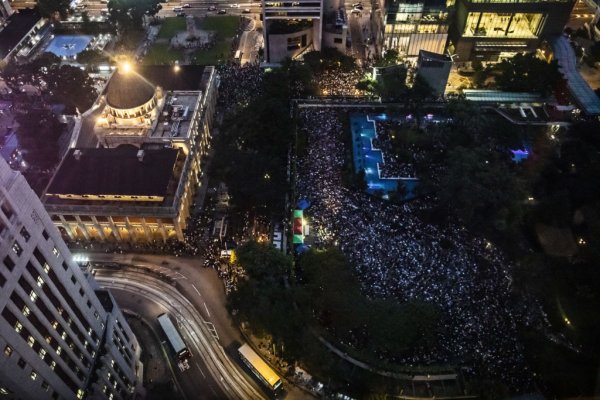