Marvel fans may be billing Avengers: Infinity War as “the most ambitious crossover event in history,” but some on the Internet clearly beg to differ.

Following the Friday debut of the second trailer for the upcoming superhero extravaganza—which will feature characters from all corners of the Marvel Cinematic Universe, including Iron Man, Captain America, Spider-Man, Black Panther and the Guardians of the Galaxy—Twitter users have begun pointing out existing crossovers that they think can’t possibly be outdone.

In fact, the popular sentiment has given rise to a new meme that is quickly making the online rounds, allowing many to reminisce about their favorite entertainment moments that have bridged the gap between different worlds.

From Michael Jordan’s rendez-vous with the Looney Tunes in Space Jam to the Teenage Mutant Ninja Turtles joining the Power Rangers in space, here are some of the crossovers the Internet thinks deserve a bigger spotlight than Infinity War. 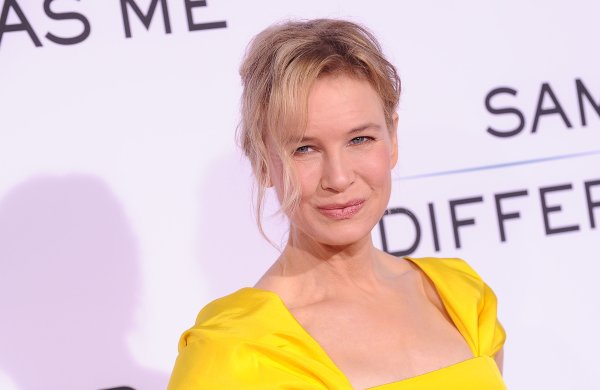 See Renée Zellweger Transform into Judy Garland for Biopic
Next Up: Editor's Pick