A little boy who was fishing off the coast of Cape Cod is OK after almost being hit by the tail of a great white shark that leapt out of the water to snatch a fish off a line. In a video captured by another passenger on the Columbia Sportfishing ship, the shark can be seen breaching the water to steal a bass being reeled back into the boat.

The shark’s tail then almost smacks the boy as it dives back down into the water. Everyone onboard the ship appeared to be visibly shaken by the encounter.

Cape Cod has become a hot spot for great white sharks in recent years with the area seeing its first shark fatality in 82 years last September. Costa told the Boston Herald that he has had encounters with sharks before but never one like this. “There have been some close takes … but nothing as acrobatic as that,” said Costa. 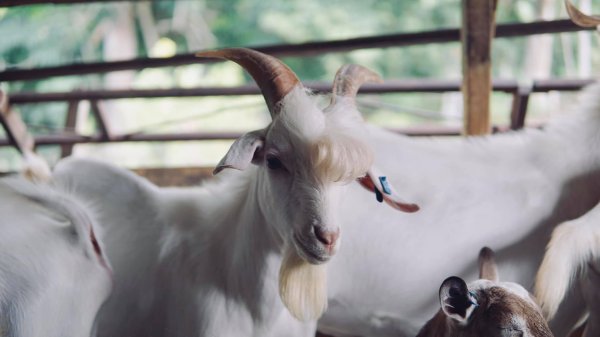 'He's Got His Own Style.' Handsome Goat Is One of the Most Stylish Guys to Grace Your Eyeballs Lately
Next Up: Editor's Pick