A diver who encountered and swam alongside a 20-foot great white shark off the coast of Hawaii has described why she had no fear being unprotected next to the predator.

“It fills my heart with joy and takes my breath away,” diver Ocean Ramsey told NBC’s Today show on Friday. “Truthfully, they swim past surfers, swimmers and divers all day every day, and it’s so rare they ever make a mistake. It’s less than 10 human fatalities globally annually … yet people kill 70 to 100 million sharks every year.”

“I realize moments like this are increasingly rare because sharks are being wiped out,” Ramsey said. “It’s just so sad that so many people around the world would think ‘monster’ and want to kill her.”

The shark is believed to be one of the biggest on record, Agence France-Presse reports.

The divers spotted the shark, which is believed to be at least 50 years old and weighing an estimated 2.5 tons, on Tuesday while a group of sharks were feeding on a sperm whale carcass off the island of Oahu.

“We saw a few (tiger sharks) and then she came up and all the other sharks split, and she started brushing up against the boat,” Ramsey told the Honolulu Star Adviser.

“She was just this big beautiful gentle giant wanting to use our boat as a scratching post,” added Ramsey, who swam with the shark all day and captured stunning pictures. “We went out at sunrise, and she stayed with us pretty much throughout the day.”

Ramsey added that the shark was “shockingly wide,” which could mean she is pregnant.

The shark shares similarities with the largest great white shark on record, known as “Deep Blue,” who was seen around Guadalupe Island off Mexico. Usually great white sharks sightings in Hawaii are rare given the warmth of the water. 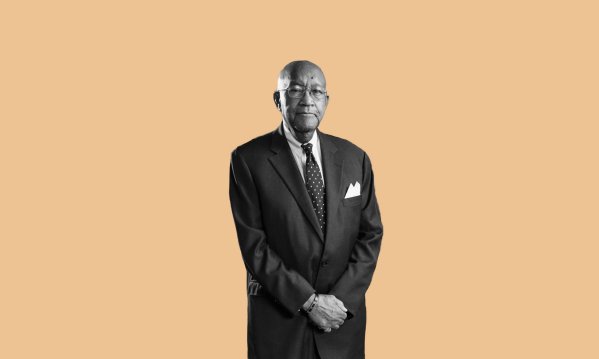 Robert J. Brown Worked With Both MLK and Nixon. Here’s What He Says Went on Behind the Scenes of the Civil Rights Movement
Next Up: Editor's Pick