How Sharks Became So Scary

Summer hasn’t even officially begun and sightings of great white sharks in shallow waters have already forced beach closures on both U.S. coasts. In a post-Jaws world, it seems only natural that shark warnings should send swimmers running. But that hasn’t always been the case. For most of history, in fact, sharks simply weren’t on most people’s radars as something to fear.

It’s not all Hollywood’s fault, either. Experts point to July 1916, when a series of shark attacks on the Jersey Shore killed four people and left one injured, as a turning point. People were so afraid of what became known as the “Jersey man-eater” that President Woodrow Wilson held a Cabinet meeting at which he advocated for killing all sharks on the East Coast.

The reason for the concentrated spate of shark attacks remains a mystery. Why they caused a national panic is easier to understand. The beach would have been particularly crowded due to a combination of unusual heat that month and a lack of air-conditioning, plus increased transportation options to the shore and the rise of middle-class leisure. The fact that it happened near New York City may have also helped the news get to the President.

While fears of unprovoked shark attacks are common, attacks themselves are not. According to George Burgess, director of the Florida Museum of Natural History’s International Shark Attack File, there are only, on average, six shark-caused fatalities worldwide each year. 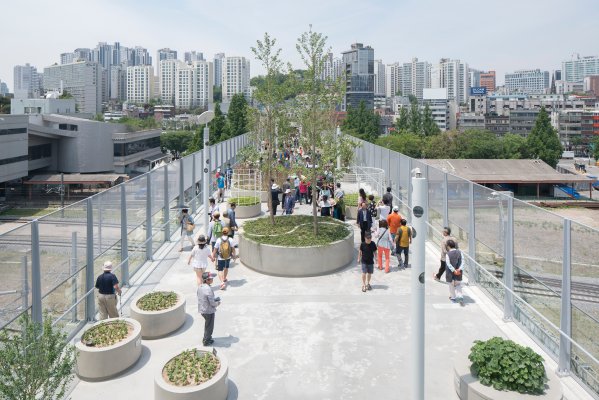 Seoul's Garden In the Sky
Next Up: Editor's Pick