By Megan McCluskey and Josiah Bates

Game of Thrones may be over, but that doesn’t mean that fans don’t still have some lingering questions about the show’s eighth and final season. And during the highly-anticipated Game of Thrones panel that took place at Comic-Con 2019 on Friday, the show’s stars addressed some of those queries.

Westeros’ major players were in good spirits at the event where nearly 8,000 fans were in attendance. Days after the show was nominated for a record-breaking 32 Emmys, the actors seemed happy to chat about the show’s long run, its cultural impact and criticism that surrounded Season 8.

They poked fun at the end of the show and what their characters might be doing if the show had continued.

“I can’t imagine his government is a barrel of laughs, I think it might be quite serious,” Wright said of his character, Bran Stark, now being king of the Seven Kingdoms. “I guess to all intents and purposes, Westeros is now a surveillance state with Bran aware of everything everyone’s doing.”

Williams joked that Arya’s decision to explore the rest of the world is probably going really well.

“I’m sure she’s having a wonderful time, like Dora the Explorer minus the bob,” Williams said.

The actors were also in good spirits about the infamous coffee incident, when a Starbucks cup was spotted in the third episode of the final season. Before the panel began, a coffee cup was placed in front of each of the panelists chairs to rib them for the accident.

Bradley joked about another out-of-place item from the final season, when a water bottle was spotted right next to his feet in the season finale. He hinted that the bottle did not belong to him.

“I think I’ve taken enough blame for this one,” Bradley said.

The panel also addressed the backlash the season received from fans, but acknowledged that this was nothing new for them.

“Every season we had huge controversies from Ned Stark being killed… and then there was the red wedding,” Coster-Waldau said. “Obviously if it comes to an end it’s going to piss you off no matter what cause it’s the end.”

Liam Cunningham, much like his character, offered some wisdom to the fans regarding the ending.

“You have to remember it’s almost a metaphor for life. It’s not arriving at the end that’s the point of this whole thing, it was the journey,” Cunningham said.

Cunningham also joked that his character should have been on the Iron Throne at the end of the show.

“Isn’t it obvious?” He asked the crowd.

The actors appeared to understand why fans could be disappointed in the season, but they all thanked the fans for helping make the show as successful as it was.

“At the end of the day it’s fine,” Coster-Waldau said. “If you hated the end if or you loved it that’s great. Just don’t call people names.”

Write to Megan McCluskey at megan.mccluskey@time.com and Josiah Bates at josiah.bates@time.com. 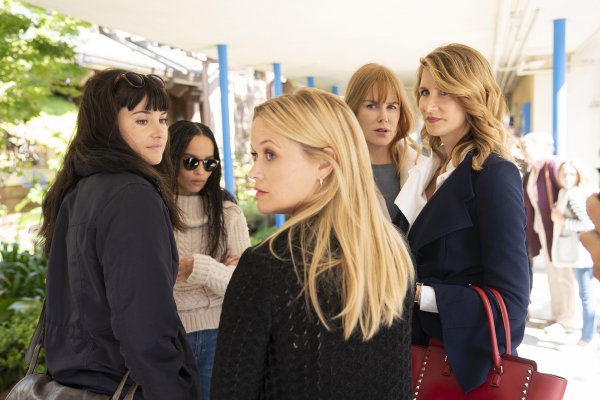 Here's What Lawyers Say About the 'Big Little Lies' Case
Next Up: Editor's Pick