Activists hold a banner reading "Take down the Sackler name" in front of the Pyramid of the Louvre museum in Paris on July 1, 2019.
Stephane de Sakutin—AFP/Getty Images
By Amy Gunia

The Louvre in Paris removed mentions of the Sackler family on Wednesday, becoming one of the first major museums to drop the name of the philanthropic family that also produces the powerful and addictive painkiller OxyContin.

The museum’s collection of Persian and Levantine artifacts has been housed in a wing called the Sackler Wing of Oriental Antiques since 1997, according to the New York Times. A plaque acknowledging the family’s donation was removed from the entrance and grey tape covered mentions of “the Sackler Wing” in other parts of the museum.

The Sackler family owns Purdue Pharma, which produces OxyContin, a frequently abused painkiller. A devastating opioid crisis in the U.S. has left millions of people addicted to the painkiller or stronger drugs. Executives from the company have admitted that Purdue downplayed the strength and addictive qualities of the drug. Purdue is facing numerous lawsuits in the U.S.

In March, Britain’s National Portrait Gallery declined a $1.3 million donation from the family’s charity organization, according to the Times. Several other museums — including the Tate museums in the U.K. and the Guggenheim in New York — announced that they would not accept further donations from the family.

The Louvre’s move followed a small protest in early July by the activist group Prescription Addiction Intervention Now against the use of the Sackler name. Former-opioid addict and award-winning photographer Nan Goldin led the protest.

According to the Times, Jean-Luc Martinez, the museum’s president, told a French radio station that the Sackler name had been removed because of a museum policy that grants naming rights for only 20 years.

Several other museums told the Times that they would not be changing names of parts of their buildings named for the family, like the Victoria & Albert Museum in London and New York’s Metropolitan Museum of Art, although the latter said it plans to stop accepting donations from the family.

“I know that the museums, especially in America, have enormous trouble being funded and it’s so important museums stay open,” Goldin said, according to the Times. “But museums are also about ethics and morality.”

In 2018, opioid overdoses were responsible for an estimated 47,600 deaths in the U.S. Newly released federal data showed that drugmakers increased opioid shipments by more than 50% as the crisis crew. 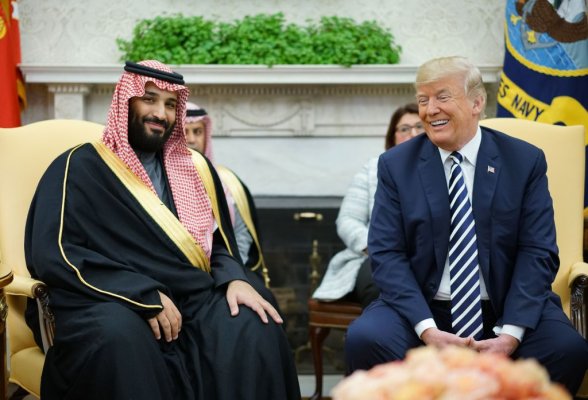 House Votes to Block Arms Sales to Saudi Arabia
Next Up: Editor's Pick