After some promising early indicators, preliminary federal data suggest the number of Americans who died from drug overdoses finally fell in 2018, after years of significant increases.

Provisional data from the U.S. Centers for Disease Control and Prevention’s National Center for Health Statistics predicted that 68,500 Americans died of drug overdoses in 2018, compared to about 72,000 the year before. That translates to an approximately 5% reduction in overdose deaths nationwide—a small but significant step toward curbing the deadly effects of the nation’s substance abuse crisis.

Opioids, as in years past, were the drugs most likely to be involved in fatal overdoses, but opioid deaths declined slightly, from about 49,000 in 2017 to a predicted 47,600 in 2018. (About 32,000 of the 2018 deaths involved potent synthetic opioids such as fentanyl, which has in recent years become an increasingly common driver of drug deaths.)

Though the data aren’t final, the estimates are a refreshing change from years of sizable increases in fatal drug overdoses. Between 1999 and 2017, the number of annual drug overdose deaths in the U.S. ballooned from nearly 17,000 to more than 72,000, according to federal data.

The 2018 estimate of 68,500 deaths still represents a significant increase over the number of fatal drug overdoses recorded two decades ago. But the downturn from 2017, however modest, suggests that efforts to improve the availability and efficacy of substance use treatment—and to prevent addiction in the first place—may be beginning to show results. 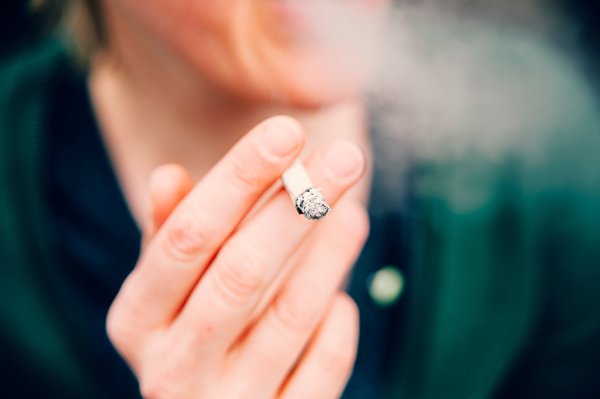 Most Americans, Including Smokers, Like the Idea of Less-Addictive Cigarettes
Next Up: Editor's Pick