Ebola Vaccine Is the First to Block Infection

A health worker prepares a vaccination on March 10, 2015 at a health center in Guinea during the first clinical trials of an ebola vaccine.
Cellou Binani—AFP/Getty Images
By Alice Park

Since the outbreak of the most recent Ebola epidemic in West Africa, more than 11,000 people have died and more than 15,000 people have been infected with the virus. While some drug treatments have been marginally effective, no vaccine to protect against infection has yet been developed, although a number are currently being tested.

One of those, developed by the Public Health Agency of Canada and manufactured by Merck, showed early promise in 2015. Now, a new report published in the journal Lancet provides even more encouraging results that suggest it may be the first vaccine to prevent infection with Ebola.

The trial involved more than 11,000 people living in Guinea, one of the West African countries that bore the brunt of the recent Ebola epidemic. Once a case of Ebola was confirmed, a list of people who had come in contact with the patient was compiled, and they were randomly assigned to either receive the vaccine, called rVSV-ZEBOV, immediately or three weeks later. All participants were tested for presence of Ebola. After 10 days, there were no cases of Ebola infection among those who were vaccinated, while 23 people were diagnosed with Ebola in the group that did not receive the vaccine immediately.

The positive results led the study organizers to provide the vaccine to all people who had come in contact with Ebola patients. That included family members who lived with patients and were exposed to their clothing or linens, as well as the next ring of people who had interacted with these contacts. Side effects from the vaccine, which were monitored up to 12 weeks after immunization, were relatively rare and included headache, muscle pain, fever and anaphylaxis.

More studies will be conducted on the people who were vaccinated to see if their immune responses indeed were boosted by the shot. In the meantime, based on the positive early results, Merck agreed to provide the World Health Organization with 300,000 doses of the vaccine for emergency use in health care workers and people at highest risk of infection in an effort to control spread of the virus. If the positive results are confirmed and repeated, the vaccine could play a critical role in stopping the Ebola epidemic and preventing future outbreaks. 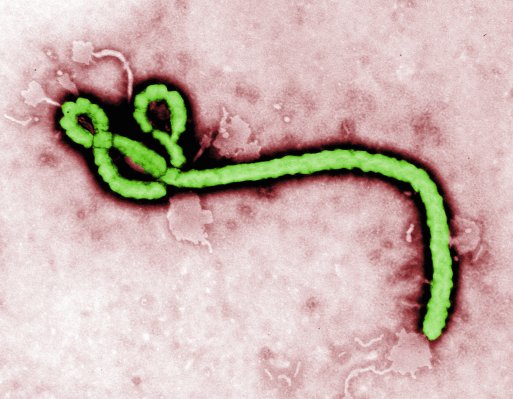 Some People Who Get Ebola Don't Show Symptoms: Study
Next Up: Editor's Pick