As Ebola Continues to Spread In Congo, Uganda Watches Nervously

An ongoing Ebola outbreak has already caused 1,400 deaths in the Democratic Republic of Congo–and across the border, Ugandan authorities are bracing for their own possible outbreak of the deadly virus. Though the World Health Organization (WHO) decided on June 14 not to classify the outbreak as an international emergency, two people died of Ebola after returning to Uganda from a trip to the Congo in early June, and health workers fear the porous border between the countries could allow the disease to spread.

Congo’s 10-month outbreak has been the second worst since Ebola, which causes fatal dehydration and organ failure in up to 90% of cases, first surfaced in 1976. There have been over 2,000 cases since August, and guerrilla violence has made it hard to contain, as attacks on medical centers have killed health workers and prompted agencies to suspend operations at times. A lack of public awareness has also been an obstacle. Mistaking the initial symptoms for malaria, communities often fail to isolate patients and handle still infectious corpses during traditional burials.

The WHO said authorities had identified 112 people in Uganda who may have come into contact with Ebola, and quarantined some of them. Uganda’s science and drug agencies, looking to pre-empt a large-scale outbreak, also approved three new experimental treatments for the virus on June 18. But Uganda’s Health Minister said unofficial footpaths on the border with Congo–which people from both countries use regularly to visit family–will make containment difficult, and some Ugandan hospital workers say they lack the resources to tackle Ebola if it comes.

The WHO has warned that the world is entering “a new phase” where epidemics of deadly diseases are the “new normal,” with the agency tracking more of them than ever before. Congo’s Ebola outbreak comes just two years after the worst one in history ended in West Africa in 2016. As climate change and political instability drive populations to move around more, it’s getting harder to contain diseases. As Uganda prepares for the current threat, doctors are urging all governments to follow their lead for the future. 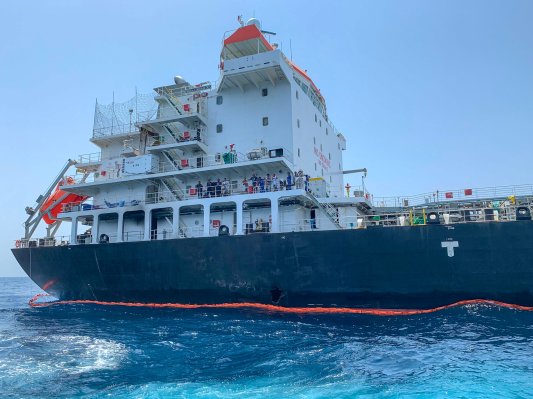 If Neither Trump Nor Iran Want War, What Do They Want Instead?
Next Up: Editor's Pick