A new plan offers a roadmap for the U.S. to reduce food waste by 20% within a decade while also creating thousands of jobs and could save consumers billions of dollars.

The report, which comes just months after the launch of a federal initiative aimed at cutting food waste by 50% by 2030, offers a 27-point list of ways to address the issue that includes everything from eliminating sell-by dates to changing the composition of animal feed.

The plan comes from a non-profit and corporate collaboration known as ReFED and drew support from more than 30 organizations including the Natural Resources Defense Council (NRDC), Deloitte and investment firm MissionPoint Partners.

“When we waste food, we waste all of the resources it takes to bring it to our plates—from money to farmland, energy and water,” said Dana Gunders, NRDC senior scientist, in a statement. “The Obama administration and the food industry should use this roadmap to prioritize actions that keep more food on our plates, and out of the trash.”

The report divides food waste solutions into three categories: prevention, recovery and recycling. Proposed measures focus heavily on preventing food waste in the first place. For one, the report suggests food companies should adjust packaging to discourage waste. Portions should be smaller and packaging should be designed to prevent food from spoiling. Distributors should invest in technology to eliminate food waste during transport. Prevention methods would help save roughly $8 billion and and prevent 2.6 million tons of food from being wasted, according to the report.

Read more: Here’s How To Cut Down On Food Waste

Recovery solutions focus on new methods of taking food that would otherwise be thrown away and using it for other purposes before it goes bad. The report also recommends creating tax incentives to donate food, softening regulations on food donations and processing food to extend its life. The study also encourages recycling food once it is no longer edible. Composting and investment in recycling infrastructure could reduce the quantity of food goods that end up in the country’s landfills.

Food waste contributes to a whole slew of related problems from food insecurity to climate change. The average American household of four currently wastes more than two million calories of food annually. At the same time, other American families remain food insecure and rely on cheap and unhealthy food. Carbon dioxide produced in the process of growing crops and raising livestock also hastens global warming. Nearly 10% of the greenhouse gas emissions in the U.S. comes from the agriculture sector, according to a report from the U.S. Environmental Protection Agency (EPA).

Problems associated with food waste are only expected to escalate in coming years as the global population soars and climate change wrecks crop production. Crop production in some areas of the world face a nearly 20% decline in productivity thanks to climate change.

The new report offers a path to begin efforts to meet the federal government food waste goal. The government initiative—brought through the EPA and the U.S. Department of Agriculture—offered high ambition but few crucial details. 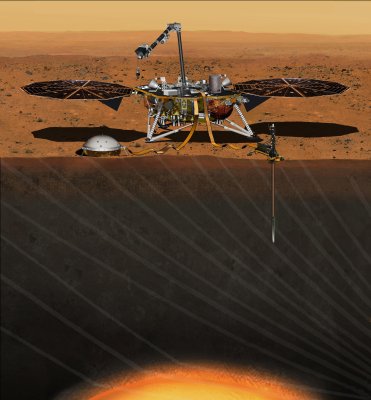 NASA Mars Mission Postponed Until May 2018
Next Up: Editor's Pick