Here's How the New Lion King Is Different From the Original

With the new, live-action remake of Disney’s The Lion King out July 19, many nostalgic fans are wondering how director Jon Favreau has updated the beloved movie for 2019. There are some obvious distinctions between the animated 1994 original and the new version — the most striking, of course, being that one is a cartoon while the other takes a photo-realistic approach to its computer-generated visuals.

The actors have changed, too, with Donald Glover and Beyoncé in the roles of adult Simba and Nala, while Billy Eichner and Seth Rogen take on the Timon and Pumbaa characters originally voiced by Nathan Lane and Ernie Sabella. True, plenty has stayed the same: the inimitable James Earl Jones reprises his spot as Mufasa, and much of the new movie is a nearly shot-for-shot recreation of the earlier version, from the opening montage of animal life around a watering hole to scenes of Simba wandering alone after running away from Pride Rock. But there are a number of small changes that set it apart.

Here are the differences between the new Lion King and the original animated film.

The banter between Zazu and Mufasa gets new color

Zazu, the hornbill voiced by John Oliver, has always had the attitude of a didactic political adviser. In the new movie, his daily updates and casual banter with Mufasa have been tailored to Oliver’s strengths, with new jokes thrown in for good measure.

In the original animated movie, there’s an early scene in which Rafiki, perched in his tree, makes a kind of painting of Simba. In the new one, a collection of glowing bugs play a role in the creation of this unusual and prophetic art piece. Also, in the original, Rafiki is a more verbal character. The new version shows him as an even more reserved and mystical presence.

The first hyena encounter plays out with subtle differences

Some of the dialogue and interactions between Simba, Nala, Zazu and the hyenas in the elephant graveyard have been updated in the new movie, with Zazu playing a less prominent role. (And with Keegan-Michael Key and Eric Andre voicing two of the hyenas, their dialogue has been updated, with a new running gag about personal space.)

“Be Prepared” with Scar and the hyenas tones down the dancing

In the original, Scar woos the hyenas to do his bidding during an eerie musical number called “Be Prepared,” which features the hyenas as backup dancers. In the new movie, the bit is more of a spoken-word piece than a proper song-and-dance.

Featuring the voices of Florence Kasumba, Eric André and Keegan-Michael Key as the hyenas, and Chiwetel Ejiofor as Scar, Disney’s “The Lion King” is directed by Jon Favreau.
Disney—©2019 Disney Enterprises, Inc. All Rights Reserved.

Scar and Zazu have a different interaction at the gorge

In the new movie, while Mufasa enters the fray of the stampede to rescue Simba in the gorge, Scar and Zazu look on and Scar suggests that Zazu get the rest of the pride to help out, effectively getting him out of the picture. In the original, Zazu decides to go for help — but Scar backhands him, knocking him out for the time being.

Pumbaa and Timon’s dialogue is updated

Billy Eichner as Timon and Seth Rogen as Pumbaa are inspired choices in the new film — and Favreau lets the two comedians riff in their own way, from their casual conversation before “Hakuna Matata” to the ways in which they describe grubs as they teach Simba to eat their food instead of eating them. (In the new movie, the bugs get a shout-out for having an “umami” flavor — very 2019.) And there’s a back-and-forth of “I can’t evens” that would only work for contemporary audiences. Of course, the new lines do mean that some classic exchanges had to be cut.

Pumbaa gets to pass gas

“Pumbaa, not in front of the kids!” Timon insists in the original version of “Hakuna Matata,” stopping the warthog from farting. But Rogen’s Pumbaa is not so inhibited this time around.

A tuft of Simba’s fur goes on a wild journey

In the original Lion King, a tuft of Simba’s fur floats on the wind and gets picked up by Rafiki, who realizes that the young lion is still alive. In the new movie, the tuft has an even wilder journey, nabbing multiple minutes of screen time as it gets consumed by a giraffe, becomes part of a dung beetle’s haul and is carried by ants before Rafiki finds it.

Nala has always been a fan favorite; now, with Beyoncé giving her voice, she gets a beefed-up role. The story has traditionally upheld that she is a strong fighter; when Simba and Nala tussle, she tends to come out on top. But this time she also gets a solo scene when she makes a bold escape from the lion’s den with the help of a distraction tactic from Zazu. Back at Pride Rock, her fighting prowess is again highlighted.

Featuring the voices of Beyoncé Knowles-Carter as Nala and Donald Glover as Simba, Disney’s “The Lion King” is directed by Jon Favreau.
null—©2019 Disney Enterprises, Inc. All Rights Reserved.

In the new movie, as in the old, Rafiki tracks down Simba to remind him of his destiny, and Simba has an exchange with a heavenly Mufasa. When he decides to return to Pride Rock to take his place on the throne from his uncle Scar, the new movie swaps in Beyoncé’s new song “Spirit,” with Simba and Nala crossing the desert to the cinematic tune.

Scar gets a different vibe

Scar has always been a tricky, conniving villain, prone to double-crossing friends and foes alike. In 1994, his mannerisms and silky ways of speaking were controversially coded. The new movie, with Chiwetel Ejiofor voicing Scar, leans into Ejiofor’s own Shakespearean acting background to give him a different kind of gravitas.

One brand-new scene nods at Simba’s unusual development into a non-predatory lion. An antelope is munching away when he encounters Simba. After realizing it’s not just any old lion but a friendly one, they share a moment, before the prey’s natural anxiety takes over and he scampers off.

There’s a new layer of self-awareness

Modern cinema likes to break the fourth wall, so perhaps it’s no surprise that the new Lion King claims self-awareness with the occasional meta joke. There’s a line about how much Simba has grown up during the course of “Hakuna Matata” with Pumbaa and Timon, as we see little Simba transform into an adult lion over the course of a few minutes. And there is a cheeky Disney universe Easter egg when Timon references The Beauty and the Beast‘s “Be Our Guest” number as they are baiting the hyenas.

It’s quite a bit longer

The biggest difference — besides the effects — is probably just the new film’s length: the runtime is 118 minutes, compared to the original’s 88 minutes. Most of those 30 minutes can be accounted for with the renewed focus on effects and the camera’s tendency to linger on the landscape (like with the floating tuft of fur) and the final fight between Scar, the hyenas and the rest of the pride. 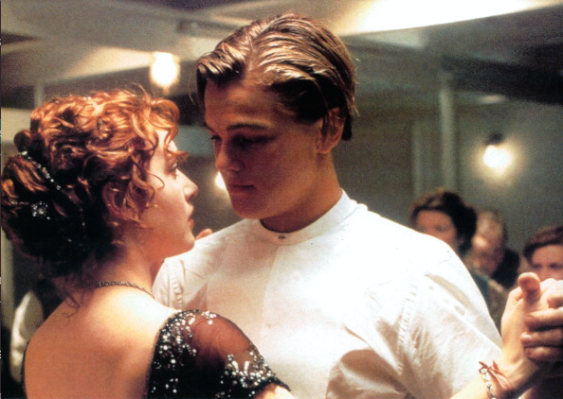 Could Jack Have Fit on the Titanic Door? Let's Examine the Modern Cinema Debate of Our Time Through the Years
Next Up: Editor's Pick